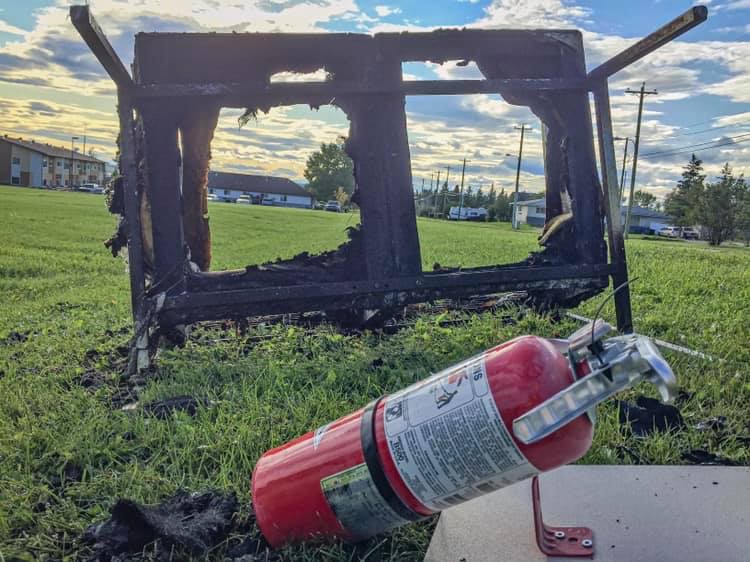 Officials at the Beaverlodge Fire Department are stressing the importance of properly putting out smoking materials after a fire at the Beaverlodge Hospital. On August 23rd, local firefighters, along with crews from Wembley and Hythe responded to a call about a structure fire.

When they arrived they found that the fire was limited to the back deck area of the hospital where patio furniture, a garbage can and a cardboard coffee can, used to dispose of smoking materials, were on fire.

Nearby neighbours had already moved the furniture away and were attempting to put out the flames. The fire department put out the fire and confirmed that no damage had been done to the building and no one was injured.

Officials are reminding people that smoking materials that are improperly discarded in flammable containers have the potential to ignite and cause significant damage.