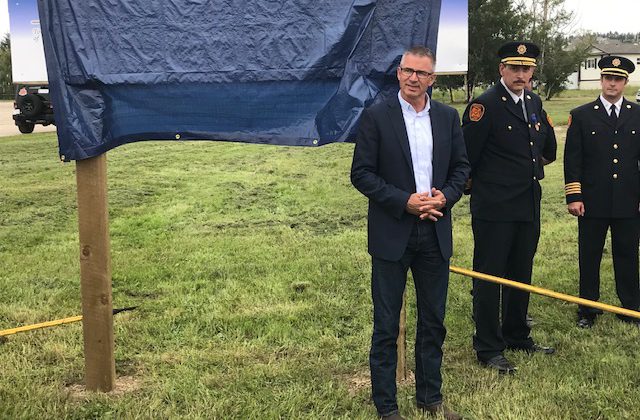 Balancing the province’s budget will be an ongoing challenge for Finance Minister Travis Toews. While waiting for the results of what the United Conservative Party is calling an independent blue-ribbon panel, the Grande Prairie-Wapiti MLA admits it will be a lengthy process that could take until 2022 or 2023.

“If there was one theme that I heard consistently from constituents here at the doors it was that everybody agreed that we shouldn’t be spending the next generation’s program funding today. I take that role of balancing the budget very seriously and we’re not going to do it in year one or likely year two but we’re committed to getting there.”

The panel was put together in May to look at government spending and see where cuts could be made. In what Toews says is a sign of good faith going into budget talks, MLA salaries have been cut by five per cent and the premier’s salary saw a 10 per cent cut. That works out to just under $7,000 and $12,000 respectively.

“We felt that we wanted to lead by example. Again, a common theme that we all heard was that we need to live within our means; we need to ensure that we are living responsibly today so that we can, in fact, have a world-class health care system and education system for the next generation.”

Results of the panel are set to be in the hands of MLAs by August 15th and made available to the public by September. Budget talks will happen this fall.