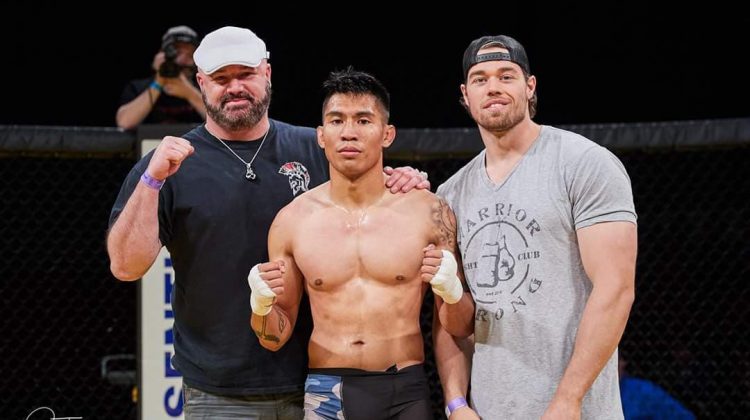 Local kickboxer Grey Patino, pictured in the centre, is on his way to Bosnia. (supplied by Grey Patino)

A local kickboxer is on his way to represent Grande Prairie and Canada overseas. Grey Patino has punched his ticket to the World Association of Kickboxing Organization Championships in Bosnia this October.

Patino says he was handpicked by the organization’s president to compete.

“The president of the WAKO association has followed my career throughout my whole career and he thought that I would be one of the people that would be best suited to represent Canada in this world tournament in my division.”

The 26-year-old, who trains at Stanley Boxing, Fitness and Wellness GP, first took up the sport at the age of 16. This will be the first time he will ever compete in a world competition as he was invited to join the national team in 2017 but couldn’t come up with the funds to go.

Looking ahead, he says winning doesn’t matter as long as he performs to the best of his abilities.

“Winning is amazing, winning is awesome but for me it’s performance. I know for a fact that if I perform to my ability I can be competitive if not win the overall tournament. I am confident in the fact that I know that I can hang with any kickboxer in the world if I just show up to perform and focus on the task at hand.”

Patino heads to Bosnia on October 15th. The WAKO Senior World Championships run from October 19th to the 27th.