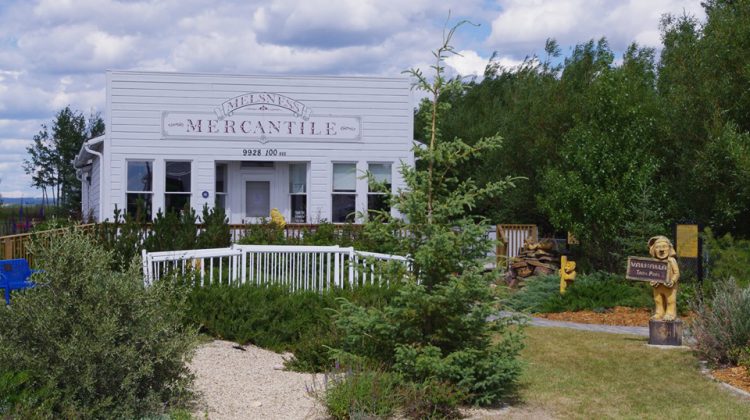 People living in Valhalla Centre are waiting to find out if they can keep their Communities in Bloom five out of five rating this year. Two judges from the annual competition recently visited the hamlet about 45 minutes outside of Grande Prairie to rank it from one to five blooms.

The hamlet is participating in the up to 2,500 Population category, along with Bruderheim, Alberta, Chipman, New Brunswick, Petitcodiac, New Brunswick and Wabamun, Alberta.

Valhalla Centre Communities in Bloom President Dave Harder says he took the judges around to show them the best of what Valhalla has to offer.

The hamlet has been participating in the program since 2003 when they were ranked four out of five blooms. Every year since then they have ranked five out of five. Communities are judged on a number of criteria including tidiness, community involvement, natural and cultural heritage conservation and floral displays.

At the end of the day, Harder says this competition is less about flowers and more about making each community a better place to live.

“What Communities in Bloom is all about is what are you doing in your community, with your community to make people want to be there and live there and come there. We decided well, we’re living there we want to make this a place where people can be comfortable and safe so we do different things because of that.”

Harder will find out where the hamlet falls at an awards ceremony in Yarmouth, Nova Scotia on September 28th.