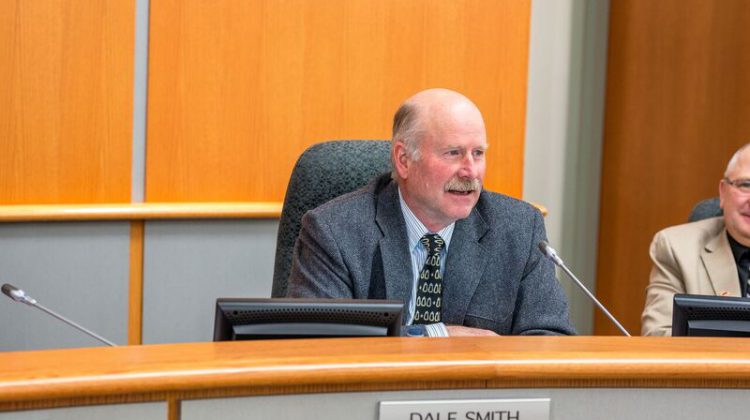 It was a big day in the Municipal District of Greenview. Dale Gervais has announced his resignation as reeve and his replacement Dale Smith has already been sworn in. Gervais says he wanted to step down in order to focus on other things.

“I’ve been at it for six years, I’ve been on council for 16 and you know there’s never a good time to leave but for me, it was time to leave. I have some other interests I want to pursue and the time commitment with the Reeve was quite restrictive. I just wanted to be able to dedicate some more time to family and hobbies.”

In his time as reeve, he says some of the projects he’ll remember most include the construction of the Multiplex in Valleyview and the Tri-municipal Industrial Partnership.

While one Dale leaves another comes in. Councillor Dale Smith will become the new reeve of Greenview. Smith has been the councillor Greenview’s Ward 5, New Fish Creek since 2013. Prior to that, he spent 35 years with Alberta Sustainable Resources. Based on his background, Gervais has no doubt Smith will do a good job.

“Dale is a very capable individual and I have no hesitation to call him Reeve. I know he’s going to do a very good job.”

Greenview officials say Gervais plans to remain on as the councillor for Little Smoky.