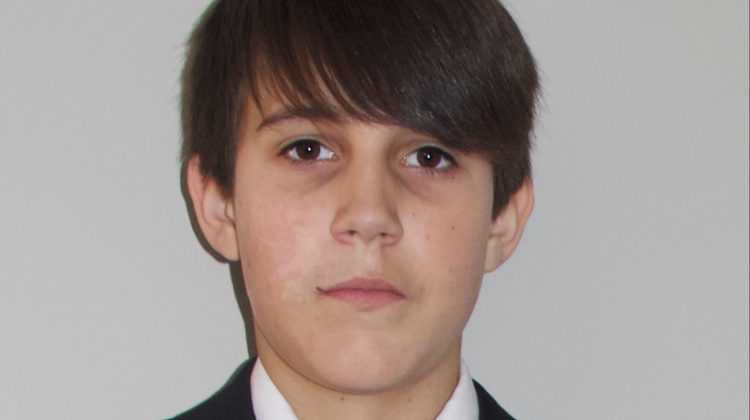 14-Year-Old Tyson McKay has been missing since Wednesday, May 7th. Photo provided

UPDATE: Tyson has been found safe.

Grande Prairie RCMP is asking for the public’s help in tracking down a 14-year-old boy. 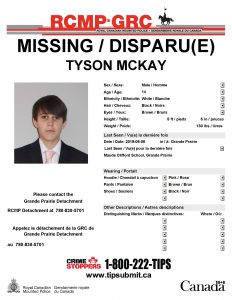 McKay is described as Caucasian, with black hair, brown eyes, standing around 5’5″ and weighing 130 pounds. He was last seen wearing a pink hoodie, brown pants and black shoes.

Police are concerned for his well being and are urging anyone who may have information regarding his whereabouts to call the detachment or Crime Stoppers.