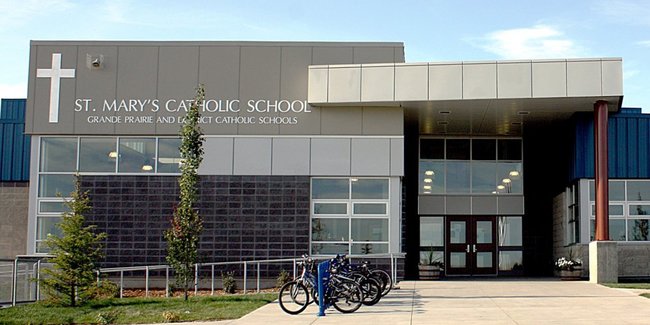 After months of deliberations and discussions, the Grande Prairie and District Catholic School Board has decided to keep St. Mary’s Catholic School in Sexsmith a full K-12 program.

“After attending the community consultation and receiving information from Student & Parents, the Town and the County, the Board of Trustees heard overwhelmingly that, in the best interest of students, St. Mary’s Catholic School needs to be a Pre-Kindergarten to Grade 12 Catholic School,” says Superintendent Karl Germann.

The board originally started the discussions for potential changes to St. Mary’s during a meeting in February, citing low enrollment rates. Specifically, they suggested, due to under 50 students being enrolled in grades 10-12, that they scrap the grades altogether.

Both the Sexsmith town council and County of Grande Prairie councillors wrote letters of recommendation against the closure of any grades for the school in the lead up to the decision.