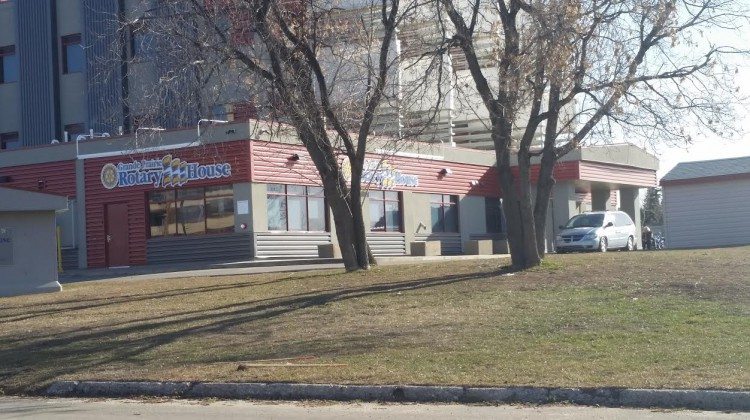 The Saint Lawrence Centre had operated out of Rotary House since 2015 (Erica Fisher MyGrandePrairieNow.com staff)

The Saint Lawrence Centre in Grande Prairie is on the move. In a Facebook post, Project Lead Jared Gossen revealed that the centre was looking at a new location and would not be opening its doors at Rotary House again.

“We have a prospective location and are in the midst of preparations and fact finding… Due to the unknown costs and operational considerations of a new location, we have made the decision not to attempt interim activities apart from some simple outreach to keep in touch with folks who depend on our services.”

The centre had been running out of Rotary House since 2015. It took care of day services and provided people with laundry and shower access while Rotary House ran the night program.

Gossen made the decision to temporarily shut the doors at the end of March to allow Rotary House to sort out overcrowding issues. That came after an inspection showed that the shelter had been operating over capacity for the last year.

Over the past few weeks, Gossen and others who deal with the homeless population in the city have been meeting with people at City Hall and other stakeholders to try to figure out how best to keep things like showers and laundry available through the summer months. He says he’s happy with what he’s seen so far.

“I am happy to report that the nature of the crisis our community is facing has not been downplayed by our municipal leaders. City leadership and administration have been acting quickly to come up with a plan to keep people safe while Rotary House and the Centre regroup.”

Gossen says he’s also glad to see people in the community stepping up to see how they can help.

“One of the greatest silver linings in all of the hardship is there has been a groundswell of interest from residents of Grande Prairie about what is and is not available for people in our community. Grande Prairie has experienced a major setback in our ability to meaningfully support marginalized folks in our city. It’s going to take more of us to recover what has been lost.”

People looking to help can drop off socks, underwear and personal care items as well as grocery cards and Tim Horton’s gift cards at the front desk at Rotary House. If everything goes as planned, Gossen hopes to have the Saint Lawrence Centre open in a new location by August or September of this year.

MyGrandePrairieNow.com reached out to the Saint Lawrence Centre for further comment but did not receive a reply.

It’s been sometime since the last update. A lot has happened behind the scenes, not a tonne has happened onstage….