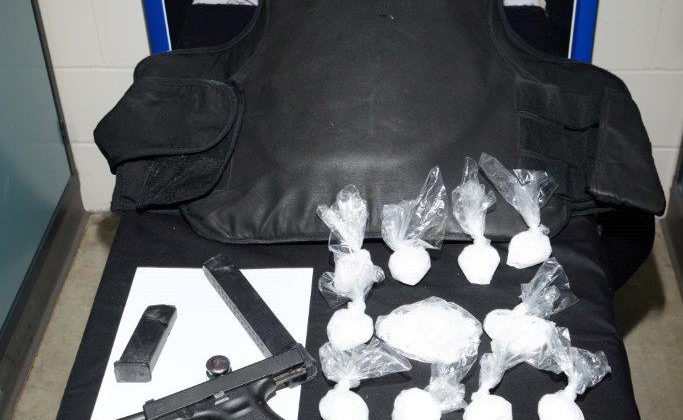 Grande Prairie RCMP says these drugs and weapons were found in a home in the city on February 28, 2018, RCMP

A man arrested as part of a 2018 drug bust in Grande Prairie is facing a murder charge on the other side of the country. Ottawa Police said Thursday that 24-year-old Anas Mujber of Edmonton had been charged with second-degree murder in connection with a fatal shooting in the ByWard Market.

Officers responded to reports of a shooting around 2 a.m. the morning of April 18th and a man was taken to hospital. There, 25-year-old Emilio Jimenez succumbed to his injuries.

A suspect was taken into custody after a search of the area. Police say an investigation continues.

Mujber was arrested at a home in Grande Prairie on February 28, 2018, after local RCMP claimed to have found drugs, a gun, and body armour. He is facing several charges from the bust and has a trial set for this October. He was released on bail on January 24, 2019.