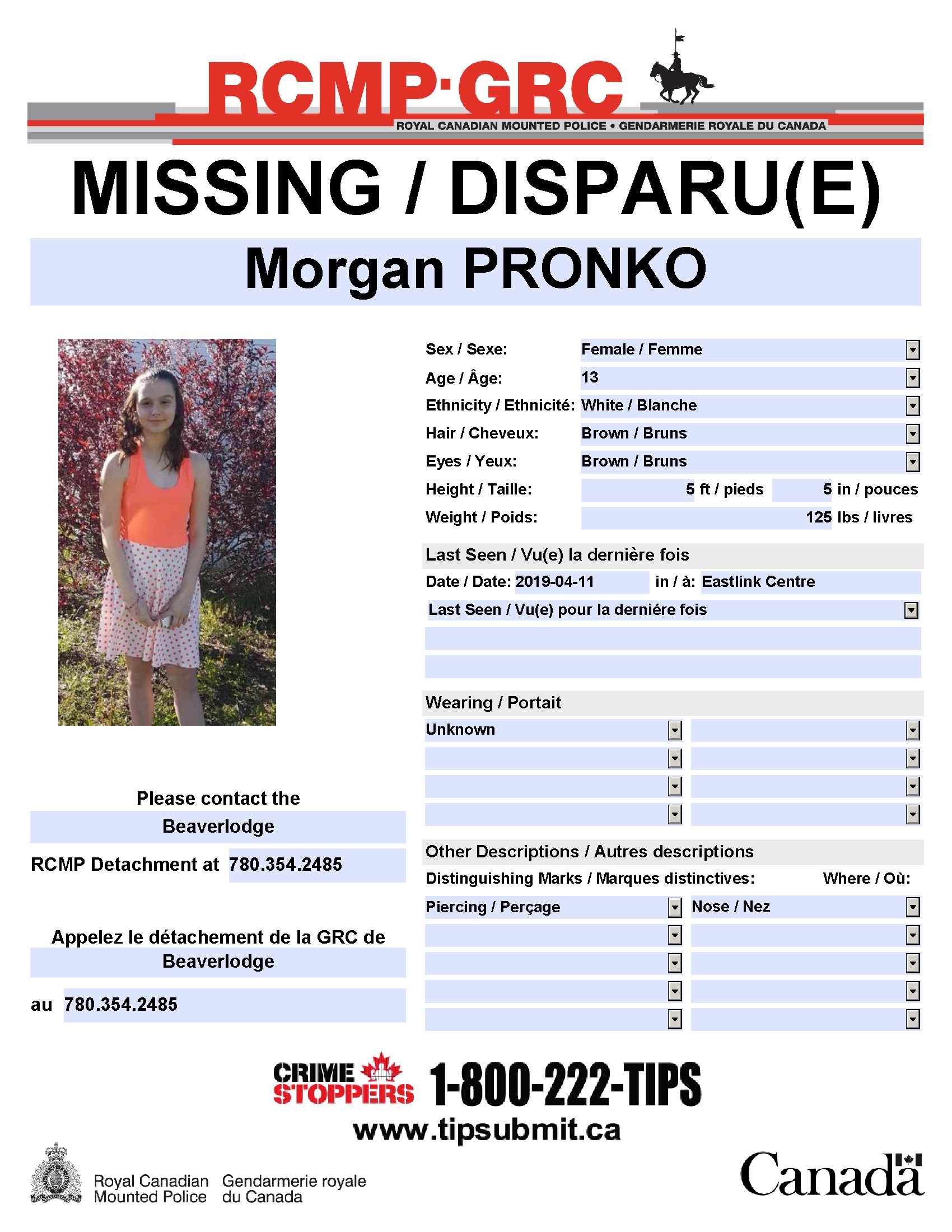 RCMP is asking for the public’s help in finding a missing girl. 13-year-old Morgan Pronko was last seen on April 11th at the Eastlink Centre in Grande Prairie.

Morgan is described as white, 5’5″ and 125 pounds with brown hair and brown eyes. She also wears a gold hoop nose ring.

Police say there is concern for the teen’s wellbeing and ask anyone with information on her whereabouts to contact RCMP in Beaverlodge or Crime Stoppers.