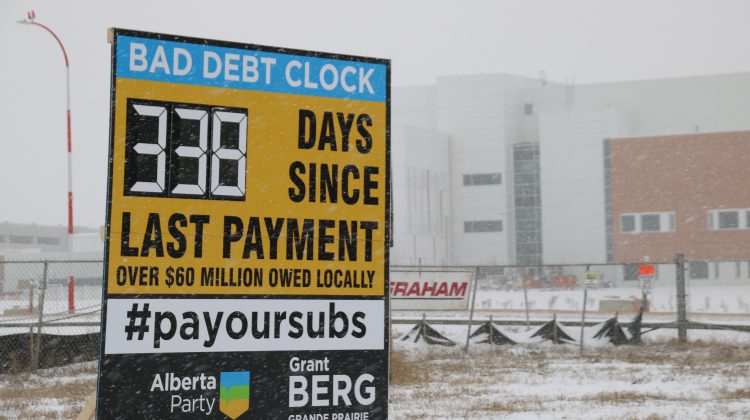 What’s being dubbed a “debt clock” has been placed just outside the construction site of the new Grande Prairie hospital. The sign shows a running tally of days subcontractors on the project have allegedly been waiting for payment for work completed.

The sign shows a number of 338 days as of April 4th. It was placed by Grande Prairie Alberta Party candidate Grant Berg.

Edmonton-based Schendel Construction claims it is owed more than $26 million for three years of contracted work. That work came to an end after original project manager Graham Construction was taken off the build in November 2018. The new one was subsequently awarded to Clark Builders with no new timeline for completion confirmed.

This isn’t the first time a debt clock has been used in Grande Prairie. The Canadian Taxpayers Federation rolled through the city last year to bring attention to what they call “unsustainable debt” faced by Albertans.