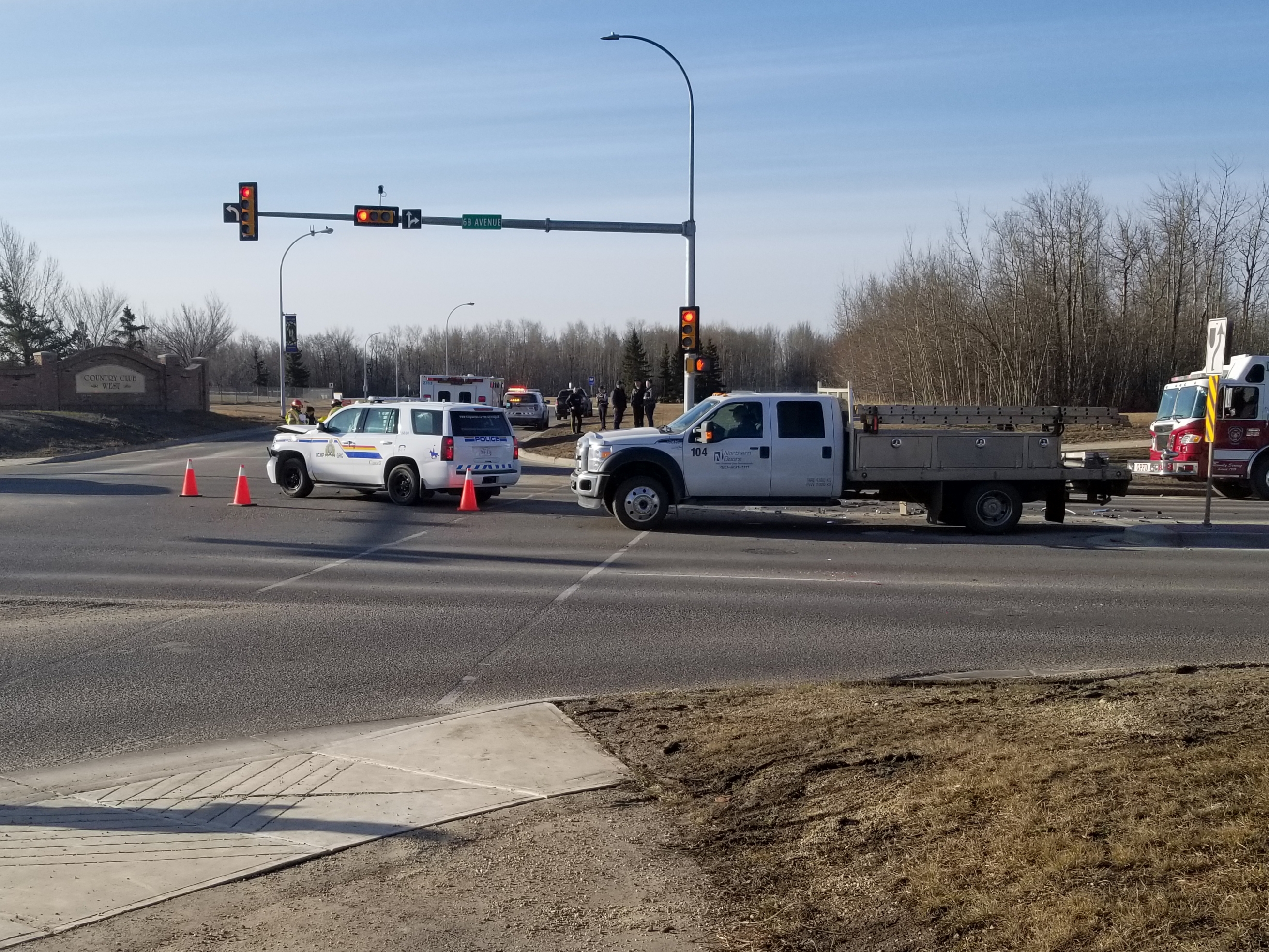 RCMP continues to investigate a crash which snarled traffic for much of Wednesday.

Police say the two-car crash at 68 Avenue and 100 Street involved a marked RCMP cruiser and an SUV. Authorities have released details as to what lead to the crash, but say the SUV driver was taken to hospital with serious, non-life threatening injuries.