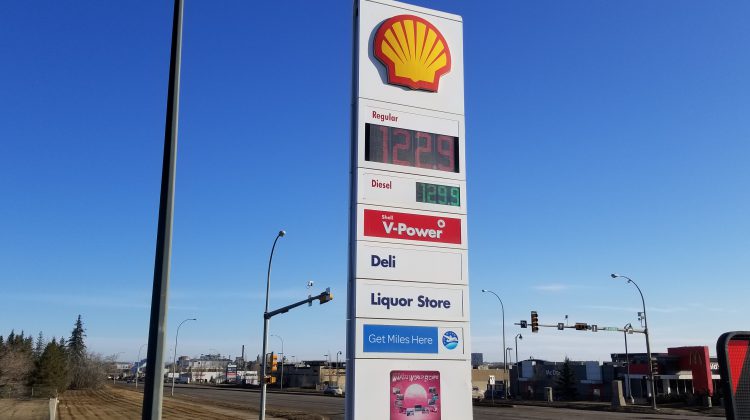 The price for fuel is inching higher and higher in Grande Prairie. (Erica Fisher, mygrandeprairienow.com staff)

You may have noticed gas prices inching closer to $1.20/litre as you drove into work on Monday, but that may not be the end of the rise at the pumps around Grande Prairie.

“Some of the prices we are seeing already reflects the shift from winter to summer blends of gasoline. You know the hit Eastern Canada will see won’t be as prevalent here, so perhaps an additional two cents a litre come the second week of April,” says Gasbuddy’s Dan McTeague.

While the carbon levy in Alberta didn’t change overnight, Ontario, Saskatchewan, Manitoba and New Brunswick all had a federally mandated carbon levy put in place at midnight Monday morning.

McTeague says, unfortunately, drivers in Peace Country should get used to seeing higher prices at the pumps as we get closer to summer, and long weekend season.

“For now $1.20 is close to the new normal at the high end with the possibility of moving to $1.25 after, before or during the May 24 long weekend.”