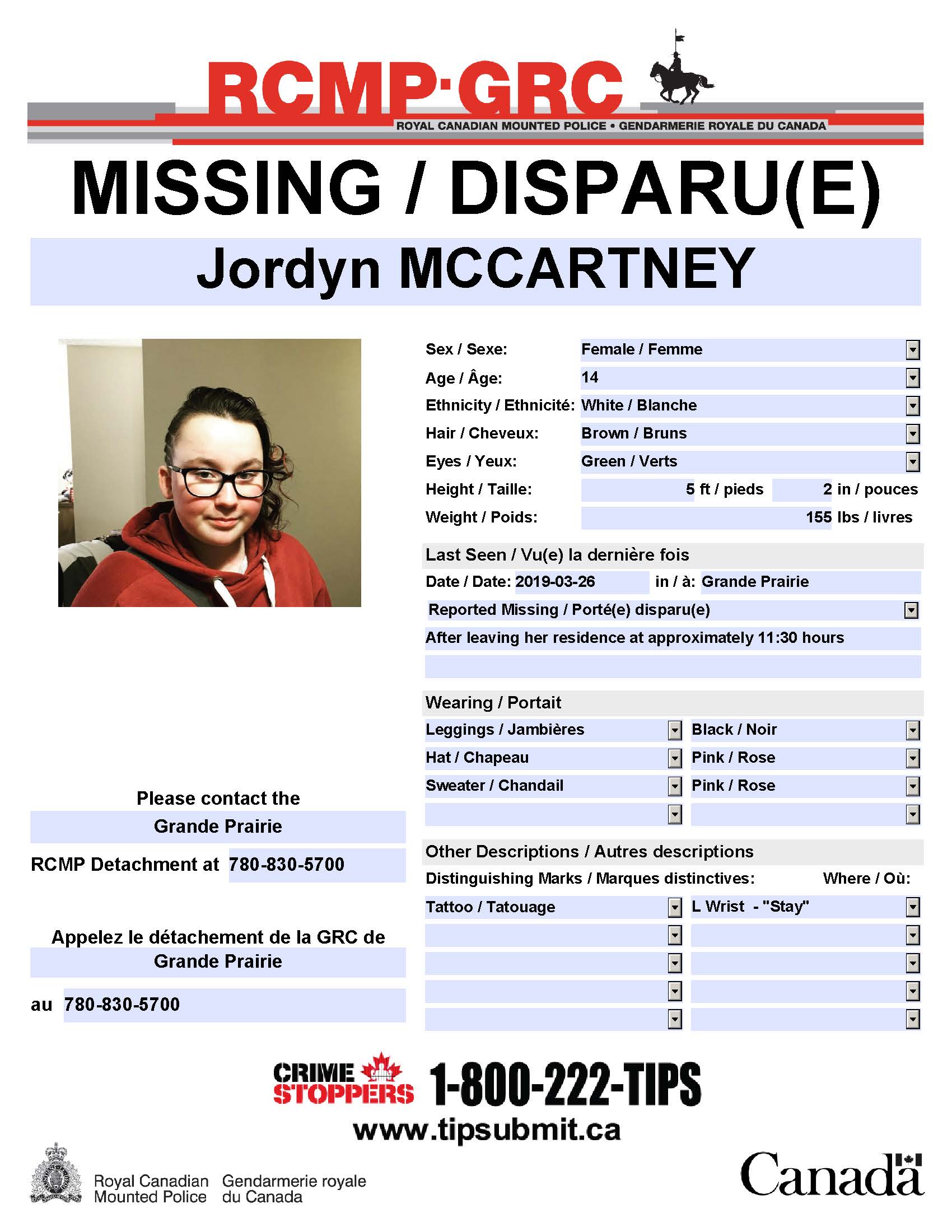 UPDATE: Jordyn has been found safe.

A 14-year-old girl has been reported missing from Grande Prairie. RCMP says Jordyn McCartney was last seen in the area on March 26th leaving her home around 11:30 a.m.

Jordyn is described as white, 5’2″, and 155 pounds with brown hair, green eyes, and a tattoo of the word “stay” on her left wrist. She was last seen wearing a pink sweater, black leggings, and a pink hat.

Police say there is a concern for Jordyn’s wellbeing. Anyone with information on her whereabouts is asked to contact the detachment or Crime Stoppers.