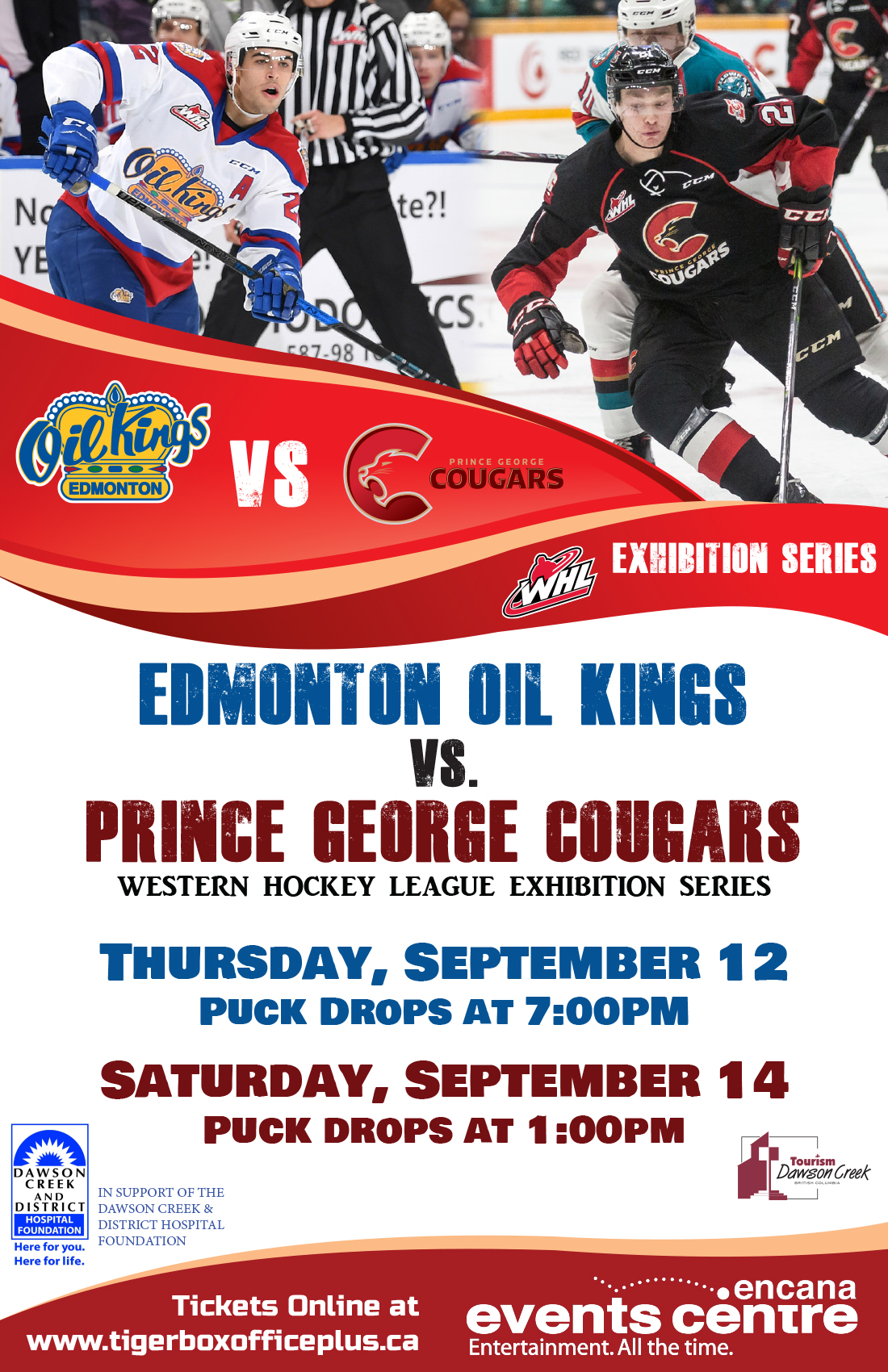 Two of the biggest franchises in the Western Hockey League will be in Dawson Creek later this year as part of the WHL preseason series.

The games between the Prince George Cougars and Edmonton Oil Kings will go down at the Encana Centre on September 12th and 14th.

One of our players and leaders on the Edmonton Oil Kings, Wyatt McLeod, is proud to call Dawson Creek home” said Daniel Troiani, Director of Business Operations for the Edmonton Oil Kings, “The Oil Kings are extremely excited about this partnership with Tourism Dawson Creek, Encana Events Centre and the Prince George Cougars. Our players and staff look forward at the opportunity to be part of this pre-season event in September.”