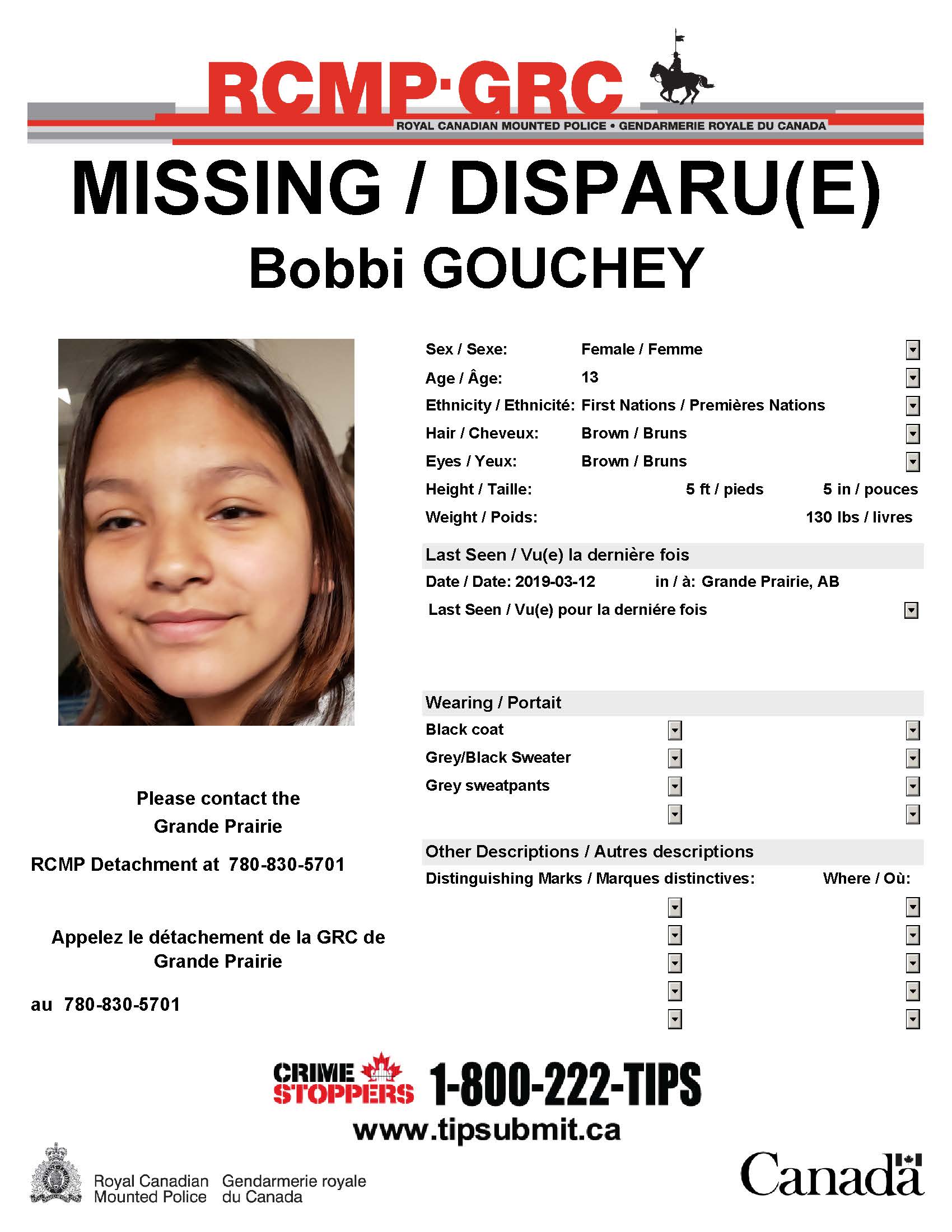 UPDATE: Bobbi has been found safe.

A 13-year-old girl has been reported missing from Grande Prairie. RCMP says Bobbi Gouchey was last seen in Grande Prairie on March 12th.

Bobbi is described as First Nations, 5’5″ and 130 pounds with brown hair and brown eyes. She was last seen wearing a black coat, a grey and black sweater, and grey sweatpants.

“There is concern for Bobbi’s wellbeing,” police say. “The RCMP would like to locate and speak with her as soon as possible.”

Anyone with information on her whereabouts is asked to contact the Grande Prairie RCMP detachment or Crime Stoppers.