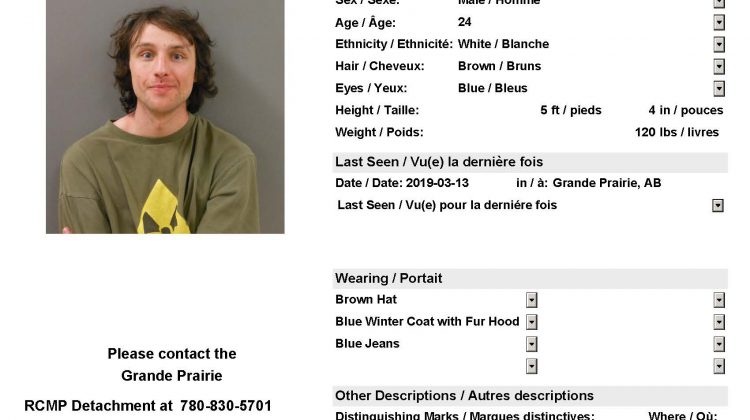 Grande Prairie RCMP has reached out to the public for help finding a missing man. 24-year-old Taylor Hodgson was last seen in the city on March 13th.

Hodgson is described as white, 5’4″ and 120 pounds with brown hair and blue eyes. He was last seen wearing a brown hat, a blue winter coat with a fur hood, and blue jeans.

Police say there is concern for the man’s wellbeing. Anyone with information on his whereabouts is asked to contact the detachment or Crime Stoppers.