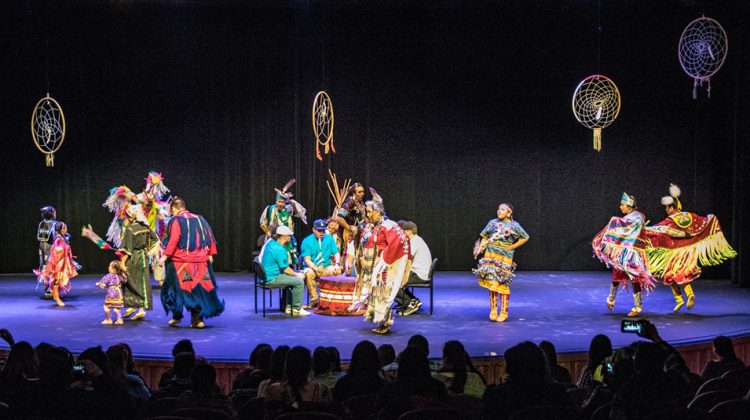 Young people from across the region are in for an experience like no other this weekend. The 20th edition of the Spirit Seekers Youth Conference is being held by the Grande Prairie Friendship Centre at Grande Prairie Regional College on March 15th and 16th.

The conference brings together Indigenous and non-Indigenous youth aged 11 to 29 annually to take part in workshops, hear from facilitators, and make new connections. The event also includes Indigenous Youth Awards at its opening ceremonies and a performance by twin singers from Vancouver Dani and Lizzy, as well as a round dance to wrap things up. Both are free and open to the public.

17-year-old Lakeisha Goodswimmer has attended Spirit Seekers for the past four years and has spent the last two on the event’s youth council. She explains that this year’s theme is “Continuation of Resilience”, which resonates with her.

“There’s a lot of conflict within communities, especially regarding the youth, so I want to be a part of something that brings change to that.”

Goodswimmer’s father was on the original youth council that founded the Spirit Seekers conference two decades ago. Conference coordinator Delaine Lambert-English says the hope is to keep it going for generations to come.

“It’s really cool that vision that very first youth council for the Friendship Centre had to bring a conference to their own community… that foundation, that basis they had 20 years ago is still going and it’s getting stronger.”

The workshops range from powwow dancing and storytelling to the traditional roles of men and suicide prevention. Fellow youth council member Kirk Cooke says he’s met most of his friends through the conference, and hopes those who attend leave feeling empowered.

“It shows Indigenous youth, specifically, that they can rise above the discrimination, the injustices that are going on. You can rise about that and you can better yourself, even though you might be in a time when you don’t know what’s going to happen.”

The cost for a youth to attend is $150 and registration is still open online.