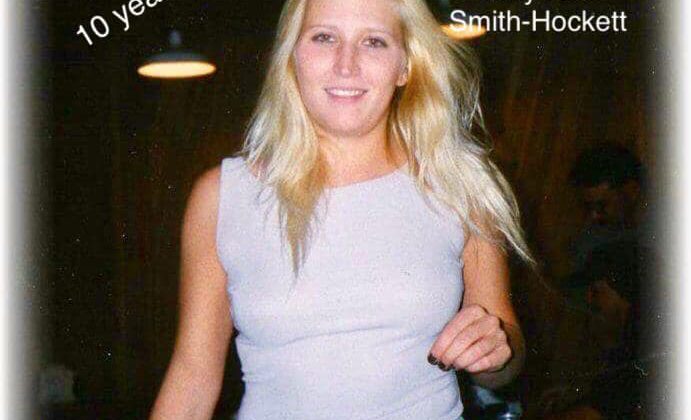 Jody Hockett has been missing from Grande Prairie since February 22, 2009, Facebook

It’s been a decade since Jody Hockett disappeared and the search continues for the missing woman. Hockett was last seen getting into a white vehicle outside the former York Hotel in downtown Grande Prairie on February 22, 2009.

She was 33 years old at the time and also went by the names “Jody Smith”, “Jodi” and “Jessie”. Grande Prairie RCMP still considers her case to be an active investigation 10 years later.

At the time of her disappearance, Hockett was described as white and 5’5″ with dyed strawberry blonde hair and blue eyes. She was wearing jeans and a tank top, a black zip-up sweatshirt, and high-heeled shoes with fur on them.

Anyone with information on her whereabouts is urged to contact the RCMP detachment or Crime Stoppers to remain anonymous. A Crime Stoppers video showing the circumstances surrounding Jody’s disappearance can be found below.