House near Elmworth goes up in flames 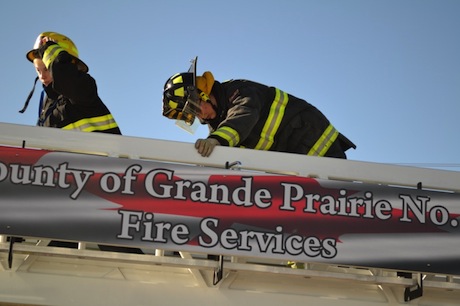 County of Grande Prairie firefighters are putting out a fire at a home near Elmworth. The County Regional Fire Service says it was called to the structure fire less than 10 kilometres southeast of the hamlet a little before 8 a.m. Friday morning.

When crews arrived, the building was already fully engulfed in flames. Firefighters from Beaverlodge, Hythe and Wembley fought the fire, while the La Glace and Bezanson stations brought in extra water.

It’s reported that no one was hurt in the blaze. As of 2 p.m., crews were still on the scene. The cause is now under investigation.