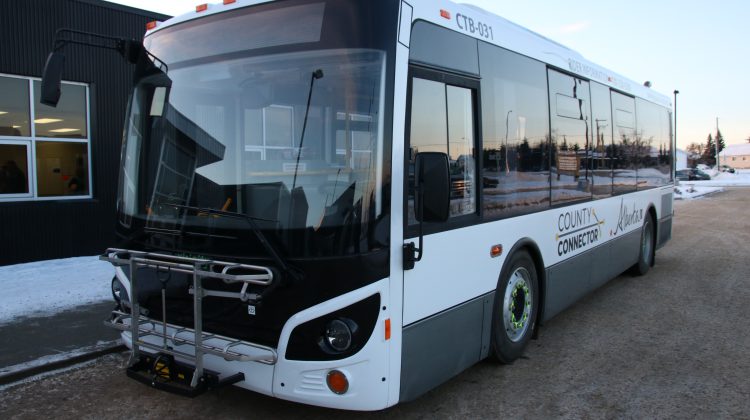 “For the month of December, there was 77 riders that took the trip to the north and back into the city. For January there was 164 riders and to date in February, as of February 8th, there was 53 riders. The trend is upward and the ridership is increasing.”

According to Miller, the most popular stops in Clairmont include 99 Street and 101 Avenue as well as the Lakeview Seniors Home. In Sexsmith, it was 100 Avenue and then 103 Street at Heritage Point. Miller says so far the feedback from riders has been positive.

“They’re actually asking if we would consider expanding the service including weekend service and more regular trips to Sexsmith as well as maybe earlier into Sexsmith so that would allow for people that work in the city to jump on the bus and make it to work on time.”