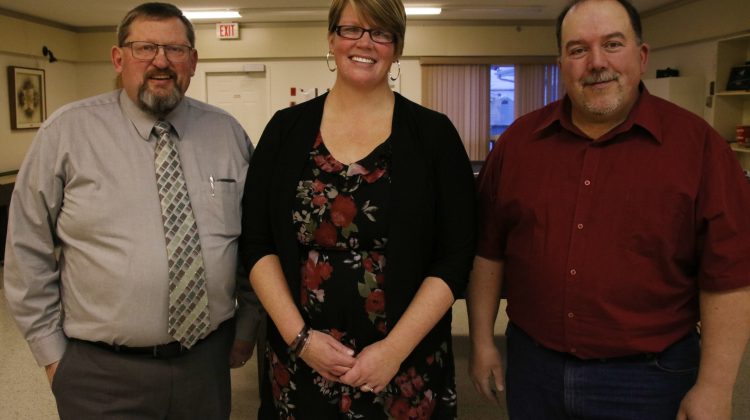 Dennis Stredulinsky, Kate Potter and Ken Hildebrand after their swearing in, Erica Fisher

There are two new faces on Sexsmith town council, and a familiar one returned. The town’s new mayor and councillors were sworn in Friday, making the results of the December 17th byelection official. 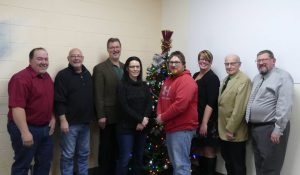 Joining council for the first time are Kenneth Hildebrand and Dennis Stredulinsky as councillors. Hildebrand says he was encouraged by many people to run after he took a leadership role during the spring flooding.

“I was our spokesman for 102 Avenue,” he explains. “I researched what the town had done for flood prevention and the areas that hadn’t been looked at. I just reminded them that this could cost the town some money at some point and it just needs to be identified.”

Hildebrand’s vision for the town is to attract what he calls a “sustainable” hardware store and grocery store, but first he’d like to see a program where high school students mentor students in elementary school. Having spent his whole life in the town, Stredulinsky shares the desire for more retail stores.

The byelection comes a little over a year after the 2017 municipal election. It was prompted by the death of former mayor Claude Lagace, who passed away on September 29, 2018. He served in the position since 2010, and newly named mayor Kate Potter knows she has big shoes to fill.

“We all wish that the circumstances were different but something that Mayor Lagace has always been a strong proponent of is doing the job and doing the job well, so it was a good testament to him, I think, to see how the campaign progressed and people jumped in and there was lots of interest; he would have wanted that.”

In total, three people ran for mayor and six for the empty councillor seats. They were created by Potter and one her opponents Ian Penner stepping down to run.

Potter is the town’s first ever female mayor.