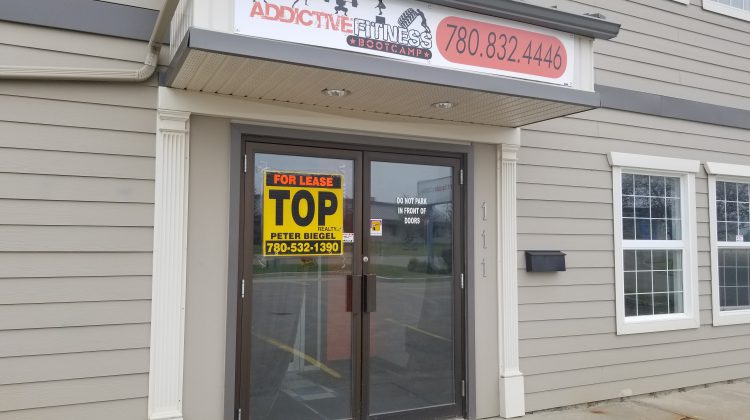 A Grande Prairie gym that closed without warning in the summer is offering its apologies to everyone who was left out of the loop. In the weeks that followed, several clients were worried they had paid for memberships that were now worthless.

Owner Leilani Nowack has connected with My Grande Prairie Now.com via email, wanting people to know how they can get their money back. She also acknowledged the company could have done a better job of communicating with its clientele.

“We should have told everyone what had happened and not hidden anything. That was a big mistake. We want to make this right and make sure everyone including [those who paid by email money transfers] gets a full refund and to clear up the rumours and give closure to those who are standing by us.”

The gym was run out of the Richmond Industrial Park and suddenly shut its doors over the August long weekend. Nowack claims that was largely because of the reported theft in June of a travel trailer that held a laptop with records of six years of fitness challenges, billing info, and marketing material.

“Would we have closed if our computer never got stolen? The answer is a strong no. We were a thriving community; given the amount of disappointed clients about our closure, I think we were all doing a great job. For the people that stole our camper, you not only wrecked our lives but the lives of all our members.”

My Grande Prairie Now.com spoke to several members in the wake of the closure, many who said they felt scammed because discounted membership renewals were offered just days earlier. Nowack argues that was common practice.

“During our six years of being open [it’s] not uncommon for 50 to 100 people to sign up in the last week of a challenge. If we closed down the ad we would have been giving up far [too] soon. With no longer having access to any of our marketing material, ads, nutritional plans or [past] used systems we could no longer provide our services to our clients.”

Nowack says the business had planned to reopen in September, but the date kept being pushed back. While December was the latest expectation, she now believes it won’t happen until the new year.

“Five months [have] passed since we have been closed and we strongly [apologize] for the lack of communication but we had no updates to give and with all the rumours… we didn’t want to feed into it. No news was given to us and there was nothing to update so hopes and dreams would have been all we could have given.”

Any outstanding memberships will reportedly be honoured, but anyone wishing to get a refund can request one by contacting refundsaddictivefitness@gmail.com. That includes those who made payments by e-mail money transfer. Anyone who had their claim through PayPal, Stripe, or another method denied is also encouraged to get in touch.

“We can not guarantee instant refunds but we will try our best,” Nowack maintains. “Please follow the refund/dispute process to ensure the process is done properly.”

Addictive Fitness plans to offer a free month of membership once open again as a way to try to earn back the trust of the community.