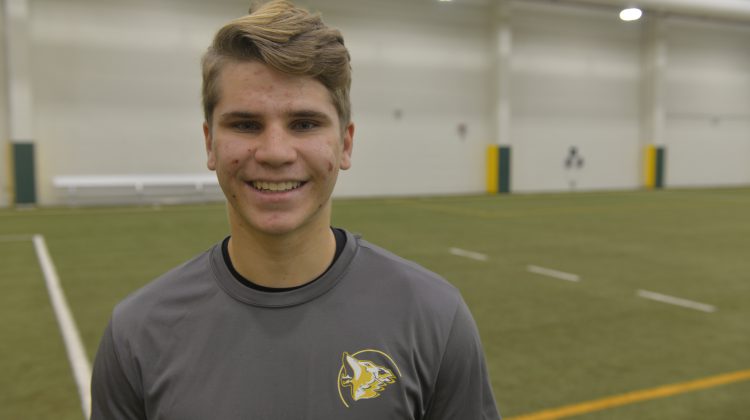 The University of Northern British Columbia’s men’s soccer team has found its newest netminder in a local player. Alex Dorscheid has committed to the Timberwolves for the 2019/2020 season.

“It’s huge for me to join the Timberwolves,” he says. “It has been a goal of mine for some time to play at this level, so I am really looking forward to this opportunity. I am excited to get going, and wish I was there already.”

The six-foot-tall 17-year-old is currently living in Victoria, B.C. training with the Pacific Soccer Institute. He says he knows it will be an adjustment moving up to the Canada West level.

“I think the biggest difference is going to be the speed and physicality of play. I am just getting used to things coming faster and harder.”

Dorscheid has already made an impression on his new coach. Steve Simonson expects him to be a good fit for the program.

“He has an incredibly high personal standard, and he pushes himself to be his best at all times. He joins a great goalkeeping team here with the Timberwolves and we look forward to having him join us in the summer.”

The keeper is expected to graduate from Charles Spencer High School in June and join the Timberwolves for training camp in Prince George in late July. He plans to begin his Bachelor of Commerce studies in the fall.