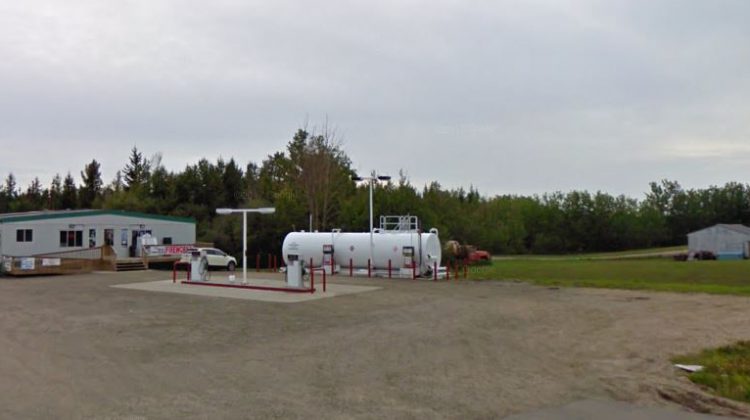 It’s believed the men accused of getting into a shootout with RCMP in Grande Prairie robbed a gas station a few days earlier. The Pit Stop in Sangudo, northwest of Edmonton, reported on November 30th that two men with a gun had stolen cash and cigarettes from the business.

It’s alleged they got away in a waiting vehicle driven by a third person who has not yet been found. None of the employees were hurt.

Mounties in GP have since told their counterparts in Mayerthorpe that they have two people in custody that matched descriptions of the armed robbery suspects. On December 7th, 21 year old Raymond Andrew Rodtka of Sexsmith and 30 year old Kevin Daniel Turner of Grande Prairie were both charged with robbery. Rodtka is also charged with using a firearm and wearing a disguise while committing an offence, and four counts of pointing a firearm, and Turner is facing an unspecified firearms offence

Rodtka and Turner were taken into custody on December 4th, after the police-involved shooting on the north end of Grande Prairie. The Alberta Serious Incident Response Team, which investigates the actions of police when someone is seriously injured or killed, says the exchange started when officers tried to pull over a stolen vehicle with two people in it in the area of 99 Street and 141 Avenue.

ASIRT claims the driver of the GMC Sierra truck put it in reverse and sped into the front of a police cruiser. Shots were then reportedly fired by both police and the man believed to be the driver, and he was taken to hospital with injuries to his left leg and shoulder.

No one else was hurt. Both men are also facing charges from the December 4th shooting.