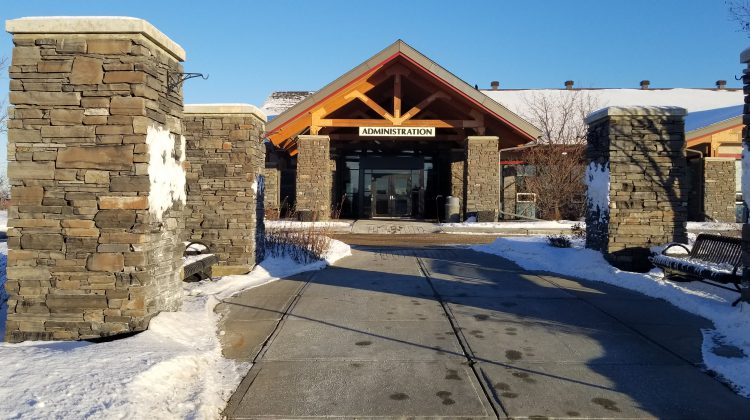 County of Grande Prairie residents could be looking at a two per cent tax increase next year. That’s what’s proposed in the interim budget approved this week.

The budget isn’t finalized until the spring when the municipality knows how much it will get from the province for infrastructure and properties with oil and gas wells and power and utility lines on them. The way it is for now, Reeve Leanne Beaupre says lets the County maintain services while keeping up with the cost of living.

“We’ve been very conservative in the past by not keeping pace with that, so some of that starts to catch up with you after a while. We realize that it’s hard for others out there; we want to keep that increase as modest and as low as we can.”

The County says the proposed tax increase would mean an extra $35 a year for people who own residential properties with an average assessed value of $435,000. What that would look like on their bill would still depend on any assessment changes and what the municipality has to collect for provincial education funding.

Next year’s budget has been set with more uncertainty than normal. Beaupre notes that with two elections coming up next year and no guarantee of sustainable funding past 2020, it’s hard to plan ahead.

“It’s been quite a challenge trying to figure out how we will maintain services and continue to invest in core infrastructure projects, as well as maintain realistic tax levels.”

One thing is for certain – roads remain a priority for the community. Roughly $31.1 million is earmarked for capital road and bridge projects in 2019. Beaupre says council continues to hear residents want to see investment in busy roads.

“You’ll see that there’s quite a few budgetary items that are capital road projects. Council felt very strongly about making sure that those were addressed.”

Also in the interim capital budget for next year is $400,000 for a water tender for the Town of Sexsmith Fire Department, $240,000 for upgrades to the Grande Prairie Regional Pound, and $300,000 for playground upgrades, campground improvements, and a power site expansion to Pipestone Creek Campground. A second fishing dock and other upgrades to the County Sportsplex area are also upcoming.

As for the operating budget, $4.5 million will be handed out as grants to organizations for recreation, culture, and community. Beaupre says cuts to those were never on the chopping block.

“We still feel that those are the lifeblood of the County of Grande Prairie so none of that was even considered for being cut.”

Of note, a new playschool program will be coming to Harry Balfour School, and the one at Whispering Ridge School will go from two to three classes. The County has also committed $1 million over 10 years starting in 2020 to fund a patient bedside engagement system for the Grande Prairie Regional Hospital Foundation.

People living in Bezanson, La Glace, Teepee Creek and Valhalla will see their water and sewage/wastewater utility fees go up by an average of three per cent. Group area and day use fees are also going up, while half day use rates are being brought in.