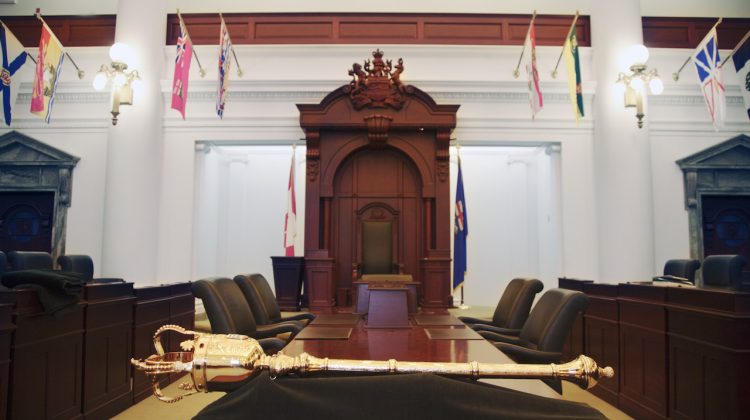 A program aimed at getting youth interested in politics has made its way through Grande Prairie. Speaker of the Alberta Legislature Robert Wanner came through the city on October 3 to talk to students about how they could become leaders at school and in their communities.

Many students are able to visit the legislature to learn about these things, but Wanner says that can be tough for those in places like Grande Prairie that may not be able to get there. He says this tour is his way of fixing that.

“Many schools go through places like the legislature but time and distance and money is a challenge. This is one way of us reaching out and talking to students, taking them through the process and exposing them to democracy.”

From October 1-3, Wanner brought the legislative mace to schools in Spirit River, Valleyview, Sturgeon Lake, and Grande Prairie. The mace is a symbol of the assembly’s authority to make laws. During his presentation, he shows students what goes on in assembly by holding a mock session.

“You take the students and you divide them up into government and opposition and then you go through the various steps. That seems to be fairly popular and they learn a lot about the process through experiential learning.”

Wanner says he hopes that the students who participate in the program leave knowing something they didn’t know before.

The program, which is called Mr. Speaker’s Outreach, first started in 2016. Since then, it has visited schools in all four corners of the province.