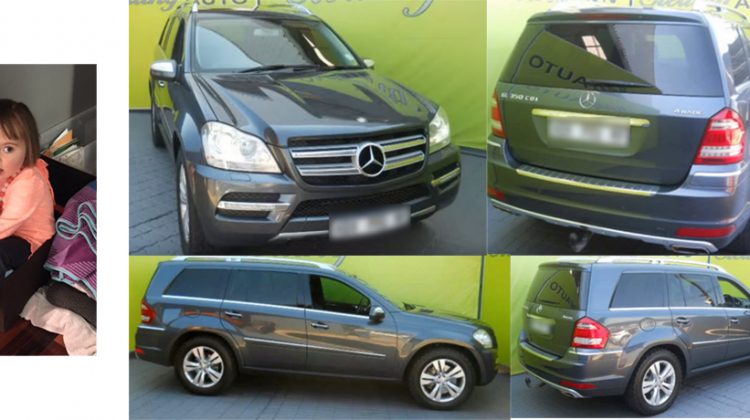 UPDATE: The Amber Alert has been cancelled. RCMP says the girl has been found safe.

An Amber Alert for a girl abducted in Saskatchewan has been extended to Alberta. 6-year-old Emma O’Keeffe was taken from a North Battleford strip mall on 11204 Railway Avenue around 5:00 p.m. Sunday.

She was buckled in a car seat in the back of a running vehicle when it was stolen. The mall is on the southwest side of North Battleford and next to Highway 16 which runs north and then crosses the North Saskatchewan river and heads west to Alberta. The highway also goes to the south towards Saskatoon.

Emma suffers from epilepsy and autism and is non-verbal and unable to walk. She can move by shuffling on the ground but would not be able to get out of a vehicle on her own. She also needs medication every 12 hours and missing a dose could lead to extreme medical distress.

Emma is 3’6″ and 44 pounds with brown hair cut into a bob to her jaw line. She was last seen wearing a navy-blue, long sleeve shirt, black jeans, pink socks with no shoes and is wearing a diaper.

RCMP currently has no description of the suspect, but says it is not a parental abduction. The suspect is reported to be driving a stolen dark grey 2010, Mercedes Benz GL350 Bluetec SUV with Saskatchewan license plate 897 HMX.

The SUV was stolen with almost half a tank of gas. Police stress it may need to gas up at some point and ask gas stations in western Canada to be on the lookout.