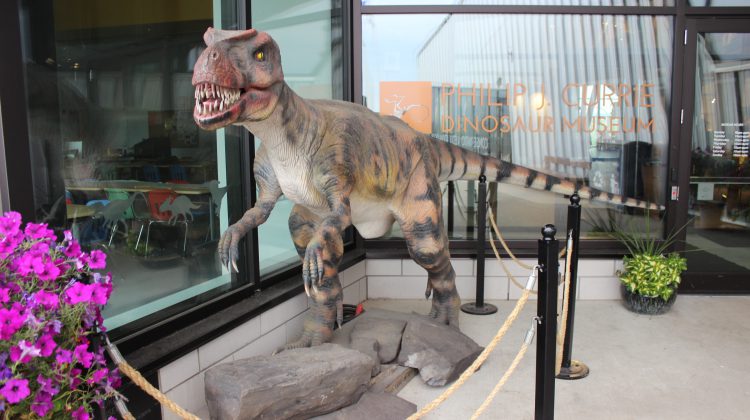 New dinosaur bones are being discovered by paleontologists at a bone bed in the area. Philip J. Currie Dinosaur Museum Curator Corwin Sullivan says bones found at the Spring Creek bone bed on the Wapiti River appear to be from duck-billed dinosaurs.

“Spring Creek is producing what seems to be the bones of juvenile duck-billed dinosaurs. We’re not sure exactly what kind of duckbill we have at this point or whether its a known species or a new species but that’s something we’re going to try and find out when we get the bones back to the University of Alberta to be studied.

The Peace Country has become a hot spot for paleontologists because it remains largely untouched. Sullivan says that paleontologists have generally focused on parts of southern Alberta instead of places in the area because fossils are more accessible due to a lack of plants and trees.

“What we have here is a dinosaur fauna that in many ways is poorly explored. There’s still a lot to find out and that’s what makes it exciting to work here.”

There are only a few days left in the current season before crews pack up for the winter. Sullivan says that the bones found this year will be cleaned, studied and prepared for display at the museum which could take at least a few years.

“Its only after this process that we can put the material on display with a sense of credibility because our interpretation of the material has been validated by peer review and we can now put it before the public and say alright this is what it is.”

Sullivan says crews are already planning to return to three bone beds in the area next season including Spring Creek, Nose Creek and the DC bone bed on the Wapiti River to collect more bones.