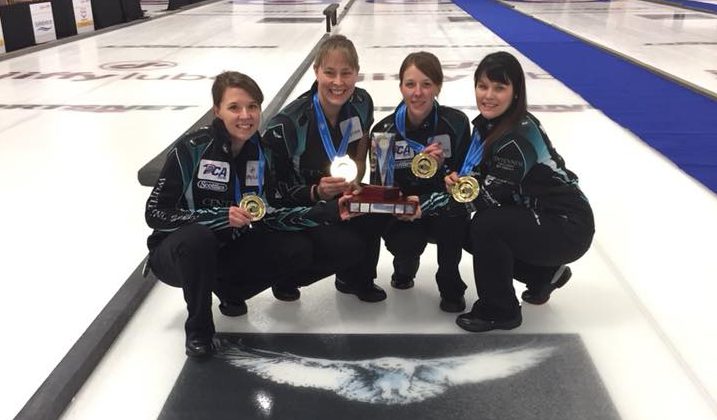 Beaverlodge’s Geoff Walker will be a part of the first ever Curling World Cup. Team Brad Gushue will represent Canada at the third event in Europe from January 28th to February 3rd, 2019.

The new series will feature eight men’s, eight women’s and eight mixed doubles teams competing in the first three legs. They will be looking to qualify for the fourth leg, the Grand Final.

Curling Canada has also announced the 15 four-player and nine mixed doubles teams named to the National Team Program. That means they will get funding from Sport Canada, Own the Podium and the Canadian Olympic Committee leading up to the 2022 Winter Olympics in Beijing.

Grande Prairie’s Cary-Anne McTaggart and Kristie Moore are on that list with Team Casey Scheidegger. Walker is included as well on Team Gushue, while his wife Laura has qualified on her mixed doubles team with Kirk Muyres.

“This is a seasoned group of athletes in whom we have a great deal of confidence, and we’re pleased that we can offer them support from Curling Canada and our funding partners to help them take their games to new level,” says Curling Canada’s Director of High Performance Gerry Peckham.

They will also get support from Curling Canada’s national High Performance staff of coaches and consultants. That will include Grande Prairie’s Renee Sonnenberg as Performance Consultant & Analytics Lead.