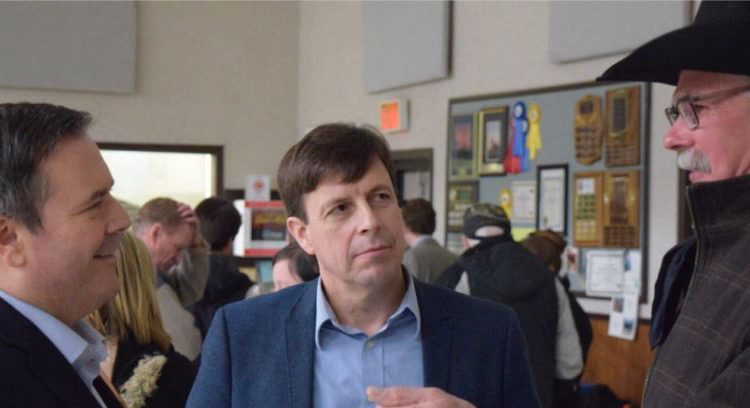 Todd Loewen will be a United Conservative Party candidate in the next provincial election. The Grande Prairie-Smoky MLA will be running in the Central Peace-Notley riding, as his current one won’t exist moving forward.

Loewen was first elected as a Wildrose MLA in the 2015 election and followed his colleagues through the merger with the former Progressive Conservatives. He says he’s excited about another campaign.

“It’s good to have the nomination process over so I can look forward to preparing for the next election. I can’t wait to get at it.”

UCP leader Jason Kenney confirmed Loewen’s nomination Tuesday morning. In a release, he says he’s happy to know he will continue to be a part of the party.

“Todd is a valued member of our caucus and has served his constituents well over the past three years. The expertise and knowledge he has brought to his role as Environment and Parks Critic is a tremendous asset as we work to hold the NDP to account for its failed climate policies, including the multi-billion dollar carbon tax.”

The Grande Prairie-Smoky riding was erased when the province redrew its electoral boundaries map last fall. As a Valleyview resident, the reworked Central Peace-Notley constituency will include his hometown, along with Fairview, Spirit River, Falher, McLennan and Fox Creek.

The switch means he’ll no longer oversee any of the City of Grande Prairie or nearby municipalities. He says he will miss that part of the region, and is working to get to know the parts of his new riding he’s less familiar with.

“Roughly about 70 per cent of the riding’s going to be new,” he explains. “There is some challenge to that: more area to learn, more people to meet, but I’m up to the challenge and I’ve already spent probably the last six months spending quite a bit of time up in the new part of the constituency.”

In a rare faceoff, Loewen will likely be up against another sitting MLA in the 2019 Alberta election. Dunvegan – Central Peace – Notley MLA Marg McCuaig-Boyd looks to be the NDP’s nominee ahead of its deadline on June 28th.

Loewen believes the United Conservatives have a good chance of forming government next year.

“I know there’s work to be done and I can’t take anything for granted. Obviously, the NDP are going to be throwing everything they can at us in the next election but we’ll be working as hard as we can and I know I’m happy to do that.”

He says the key to attracting voters will be forming policies that resonate with them. A provincial general election is expected about a year from now.