Downtown intersection construction to have major impact on traffic

The biggest headache of this phase of downtown rehabilitation is just around the corner. Part of the intersection by 214 Place will be closed for a few days next week, and then the entire intersection will be shut down for at least another two weeks.

Starting at 7 a.m. on Sunday, June 24th, only westbound traffic will be able to move through the intersection of 102 Street and 100 Avenue. Pedestrians can detour using the west side of 102 Street. Monty Haughian with the City of Grande Prairie says it will have a substantial impact on traffic.

“You cannot drive north or south on 102nd Street, but you can go to that intersection and turn west. Basically, you have to realize that if you get in going south or north you have to turn west on 100th Avenue. The construction is eating up the majority of the intersection and that’s all that they are able to leave open.”

Crews are starting work upgrading the water and sanitary sewer in the area and installing a new storm sewer. The entire three-week project will including paving, sidewalks, and markings so the intersection won’t be disrupted again.

It was originally expected that the partial closure would last four to five days, but Haughian says the full closure is now tentatively scheduled for the morning of Tuesday, June 26th. Once that happens, no traffic will be able to get through the intersection at all.

“We really hope people adjust their travel to the west side of Grande Prairie either to 116 Avenue, 108th Avenue, or 84th Avenue,” Haughian explains. “There will be no restriction coming back to the downtown core on 99th Avenue; eastbound traffic will not be affected.”

Exactly when the full closure will start should be clear Monday morning. That’s expected to last 14 to 16 days. Haughian says the contractor is perfectly on schedule at this point, and the city is happy so far. 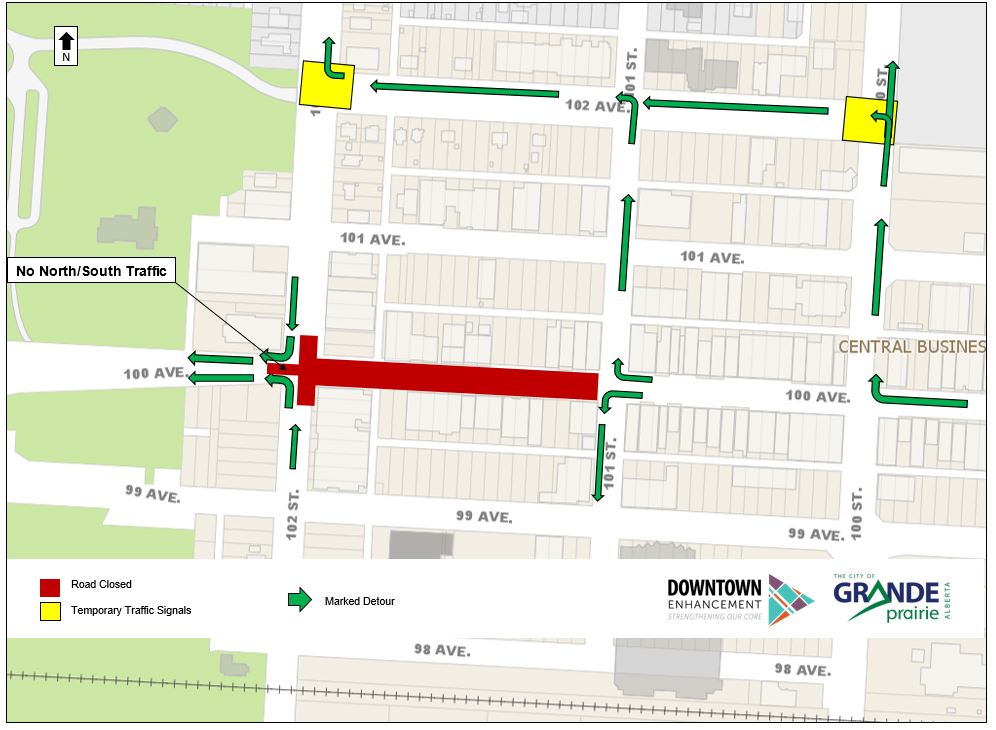