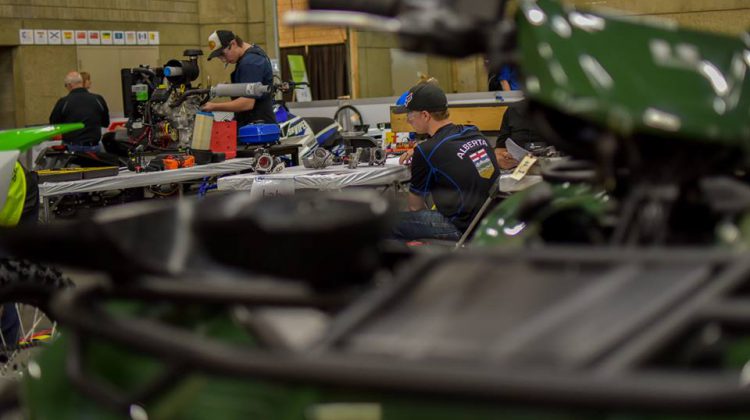 A local high school student has returned from his second trip to Skills Canada Nationals with another medal. Peace Wapiti Academy’s Jason Cote earned a gold medal in Outdoor Power and Recreation Equipment, in which he won a silver medal last year.

He didn’t have to go far for this year’s event, as it was held in Edmonton. After medalling in his first national competition in 2017, Cote said he hoped to return in 2018 to get the gold.

“I felt like it was possible to do, as long as I got my head into it and made sure I was doing everything right.”

Cote’s group was put to the test doing maintenance and repair work on a chainsaw, a V-Twin Briggs & Stratton, and a snowmobile engine, as well as electrical work on a quad. He says he felt particularly prepared for the snowmobile.

“Doing the snowmobile engine kind of helped bring me up. I do a lot of those in the shop and I know a lot about them, so it really helped me that way.”

Cote is graduating this year and is hoping to find a career in mechanic work, although he’s unsure of whether he’d like to work with small engines or get into heavy duty machinery. He believes his time in Skills Canada competitions will look good on his resume and give him a leg up.

What’s next for the teen is still uncertain, but he expects he’ll end up going to school at Grande Prairie Regional College in Fairview to stay close to his family.