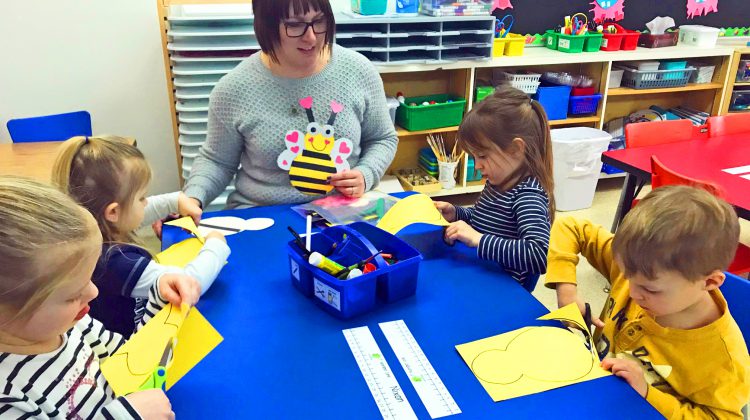 The continuation of the Classroom Improvement Fund into the new school year will benefit students locally.

The province announced last week that they will continue the program through the 2018-19 school year. $77 million has been committed across the province. Nearly $2.5 million of that will go to the three school divisions in the Grande Prairie area.

Peace Wapiti School Division Superintendant Sheldon Rowe says the dollars from last year are already having an impact. They are being used to fund the resources needed for their “Empowered Reading” program.

“To be able to address that issue for students and to support our teachers by ensuring that kids have more skills and [that they] are able to move ahead.”

“We’re moving ahead,” Rowe continued, “next year with Empowered Reading again and offering it at a number of schools. At the smaller schools we’re offering a reading program called Toe by Toe.”

While not all students begin to read he says they are seeing significant results. He adds it also helps to show students there are alternatives out there which he hopes will encourage them to keep trying.

There has also been a mental health focus for the funding. Rowe says it’s something that has been on the radar of educators and the government alike.

Rowe says they will be getting $730,400. He says this was welcome news as they work to prepare their budgets for next year.

Grande Prairie Public Schools will receive $994,400. Superintendent Sandy McDonald says they have already asked their principals to identify areas where these funds could be used.

“Depending on what each school chooses to do, I expect we will be hiring a mix of teachers, educational assistants and possibly other professional staff.”

The program was included in budgets across the province for the 2017-18 school year as part of an agreement between the union and the Alberta Teacher’s Association (ATA). Another $2 million was added this year.