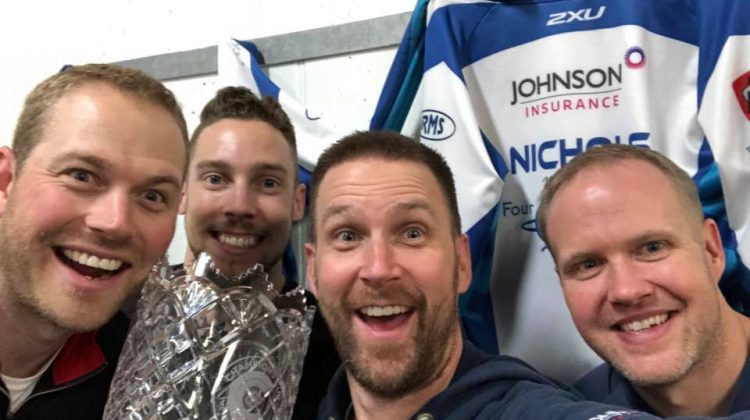 Team Gushue takes a selfie with the Champions Cup, Facebook

Team Gushue has wrapped up the curling season with another Grand Slam of Curling win. The rink lead by Beaverlodge’s Geoff Walker won the Champions Cup Sunday with an 8-2 victory over Glenn Howard.

It is the 10th Grand Slam title for skip Brad Gushue, and means all four members have now won all seven top-tier titles in the series. It caps off a season that saw them successfully defend their Brier title, and silver at the world championship.

Championship selfie!! Champions Cup winners! What a great way to cap off an incredible season. Thanks to all our…