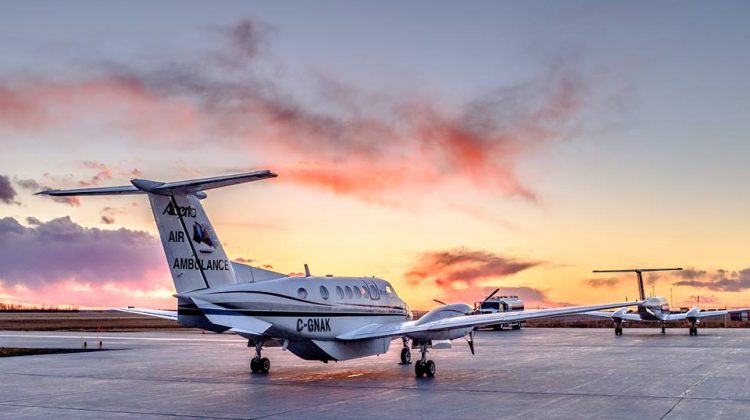 Northern Air has been Peace River's longtime air ambulance provider. It is fighting AHS' decision to award the contract to CanWest Aviation, Facebook

Alberta Health Services and Northern Air continue to trade barbs over air ambulance services in Peace River. AHS announced last week that as of April 1st, CanWest Aviation will take over the service, with one plane kept on the Peace River Airport’s tarmac for emergencies, and a second temporarily based out of Grande Prairie for scheduled service.

Northern Air has been Peace River’s longtime operator, and the two parties have been in a dispute since CanWest was given the contracts for eight air ambulance locations across the province in 2017. Northern Air believes the company isn’t qualified, as it doesn’t have hangar space at the Peace River Airport.

The airline also argued that splitting operations between Peace River and Grande Prairie “jeopardizes patient care and safety in the Peace River area.” The province responded, maintaining that patient care would not be hurt.

“This plane will start and end its day in Grande Prairie, but will otherwise do the same work as if it was based in Peace River,” it explained in a release. “These arrangements are both temporary as CanWest continues to work with the Town of Peace River on having a hangar at the Peace River Airport.”

Northern Air has also criticized that the plane in Peace River will be kept outside, concerned the time it would take to de-ice it in winter weather could delay takeoff in emergency situations. AHS says wing covers, plug-in heaters, de-icing equipment and pilots on site will address those concerns.

“When weathered in, consultation with a transport physician determines the safest care for the patient, which may include patients being transported by ground to the most appropriate airport that is not impacted by weather.”

“Even with these measures in place, AHS’ own 30-minute wheels-up requirement will not be met,” Northern Air came back Sunday. “During emergency situations when every second counts, this is an unacceptable change in service for the people of Peace River and the surrounding region.”

Northern Air filed for a judicial review in September 2017, which is scheduled for this June. It says it also plans to file an emergency injunction.