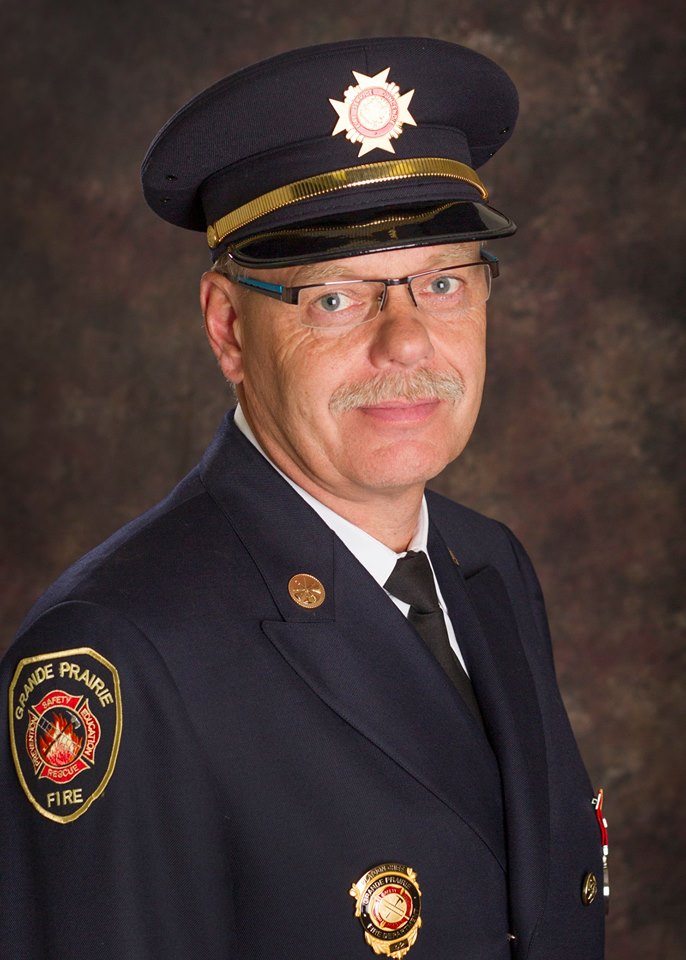 The new year is starting off with a new Chief for the City of Grande Prairie Fire Department. In a Facebook post the department announced Preben Bossen will step in to the role after serving as the Deputy Fire Chief of Operations since May of 2015. Bossen assumed the position on December 27 after former Fire Chief Dan Lemieux left for Strathcona County in the fall.

Bossen began his career as a volunteer fire fighter in 1983 and was hired on to the force a year later. He has held leadership roles since the early 2000’s moving from Lieutenant to Captain and then to Platoon Chief in 2012. Bossen has enjoyed the leadership roles and mentoring other members, he says that is a big part of the reason he has stayed with the department for so long.

In his role Bossen will oversee about 100 people including the 68 front line fire fighters, dispatch, Fire Prevention and administrative staff. He’s watched the city fire services expand over the years and he says he hopes to keep up the momentum.

“We have a very progressive fire department. We have an excellent staff and I really don’t have any problem areas that I need to fix. So, my big challenge is to keep us moving forward.”

The department has grown over the years in order to keep up with the growth the city has seen. Bossen says they are always planning and waiting for the right time to add a fourth station.

As for those response times, Bossen says they always want to respond as quickly and as safely as possible, but a traffic light upgrade a few years ago really helped to reduce the departments times. He says he is happy with where they are now but it is something he says he will continue to monitor.

He also has a good existing relationship with the County Fire Department. That is something he thinks will be beneficial as the province has made changes to the Municipal Government Act to encourage more regional cooperation and sharing of services.