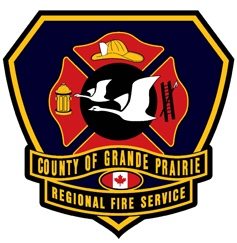 For the second time in a week fire crews in the county battled flames in extremely cold conditions. About 25 fire fighters from Bezanson, Sexsmith and Wembley responded along with the Dunes and Clairmont halls early Friday morning.

The cause of the fire remains under investigation but Deputy Fire Chief Bart Johnson says it’s not suspicious. He believes the cold temperatures and “the way people use heating appliances and alternate heat sources” played a role in both fires this week.

Johnson says flames were visible through the roof when crews arrived and they spread through the attic space. He says they took a “defensive” approach to the fire and continued to act defensively until the blaze was out.

There is no estimate at this time on the cost of the fire but Johnson says the damage is “significant”. No one was injured in the fire.