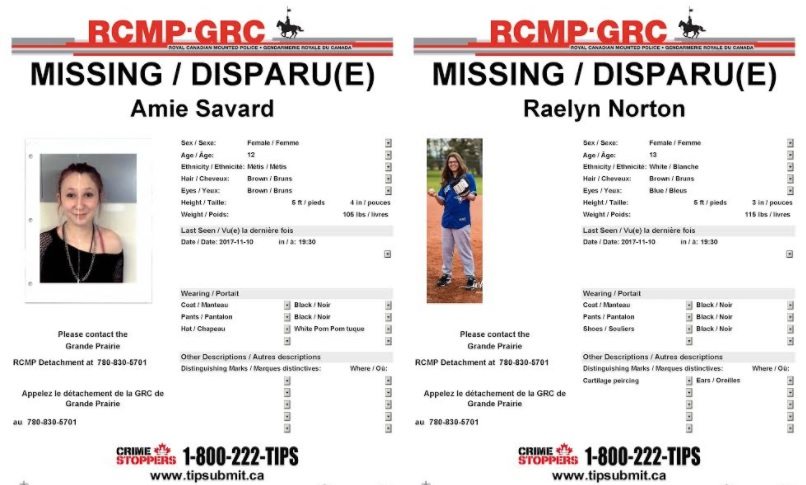 UPDATE: RCMP say both Amie and Raelyn have been found safe.

Two girls have been reported missing from Grande Prairie. RCMP say 12 year old Amie Savard and 13 year old Raelyn Norton were last seen together in the city on November 10th.

Amie is described as Métis, 5’4″ and 105 pounds with brown hair and brown eyes. She was wearing a black coat, black pants and a white toque.

Raelyn is described as Caucasian, 5’3″ and 115 pounds with brown hair and blue eyes. She was also wearing a black coat, black pants and black shoes.

Police want to make sure the youth are okay. They ask anyone with information to contact the RCMP detachment or Crime Stoppers.