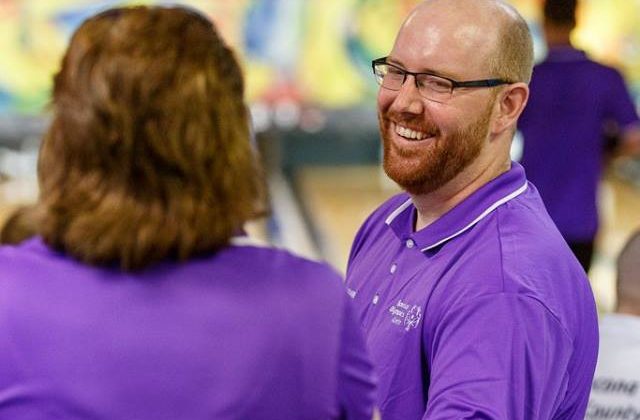 To say that taking part in the Special Olympics has changed Cole Jarvie’s life would be an understatement. He says he’s nothing like who he was two years ago.

“I used to be a person who was very isolated, that could not do anything, and being who I am now, very high functioning, being able to do my sports on my own, that’s something I’m really going to look forward to.”

Jarvie is one of seven athletes and a coach from Grande Prairie named to the Team Alberta 2018 training squad. While the 26 year old also plays golf and floor hockey, he qualified for nationals with his five-pin bowling team.

“This has been the best moment of my entire life. The day that my coach phoned me, we were just having supper and I’ll never forget the excitement I got from everybody there.”

This is Jarvie’s second year with Special Olympics Alberta, and he says his time so far has helped him make friends and given him courage and confidence. He credits that to the program’s welcoming and supportive environment for Albertans with intellectual disabilities.

“People accept you for who you are as a person, whether [you have] a disability or not. It’s an awesome experience; meeting new people is the best thing you can ever do.”

Joining him are his teammates Paul Stranaghan, Matthew Barker-Withers, Kaylee Cramer, and Nicole Wasylchew, as well as coach Cathy Withers. Also from Grande Prairie, Zach Frost qualified for nationals in 10-pin bowling and Sarah Shinn in swimming at the summer games in Medicine Hat.

“Team Alberta is built on the foundation of hard work, dedication and respect,” says Team Alberta Chef de Mission Jill Moore. “Every member earned their position on this team through this solid foundation. With a short turn around before both major competitions, we are focused on providing the best possible training and support to all our members.”

Jarvie encourages anyone interested in taking part in the Special Olympics to reach out and not be afraid of getting involved.