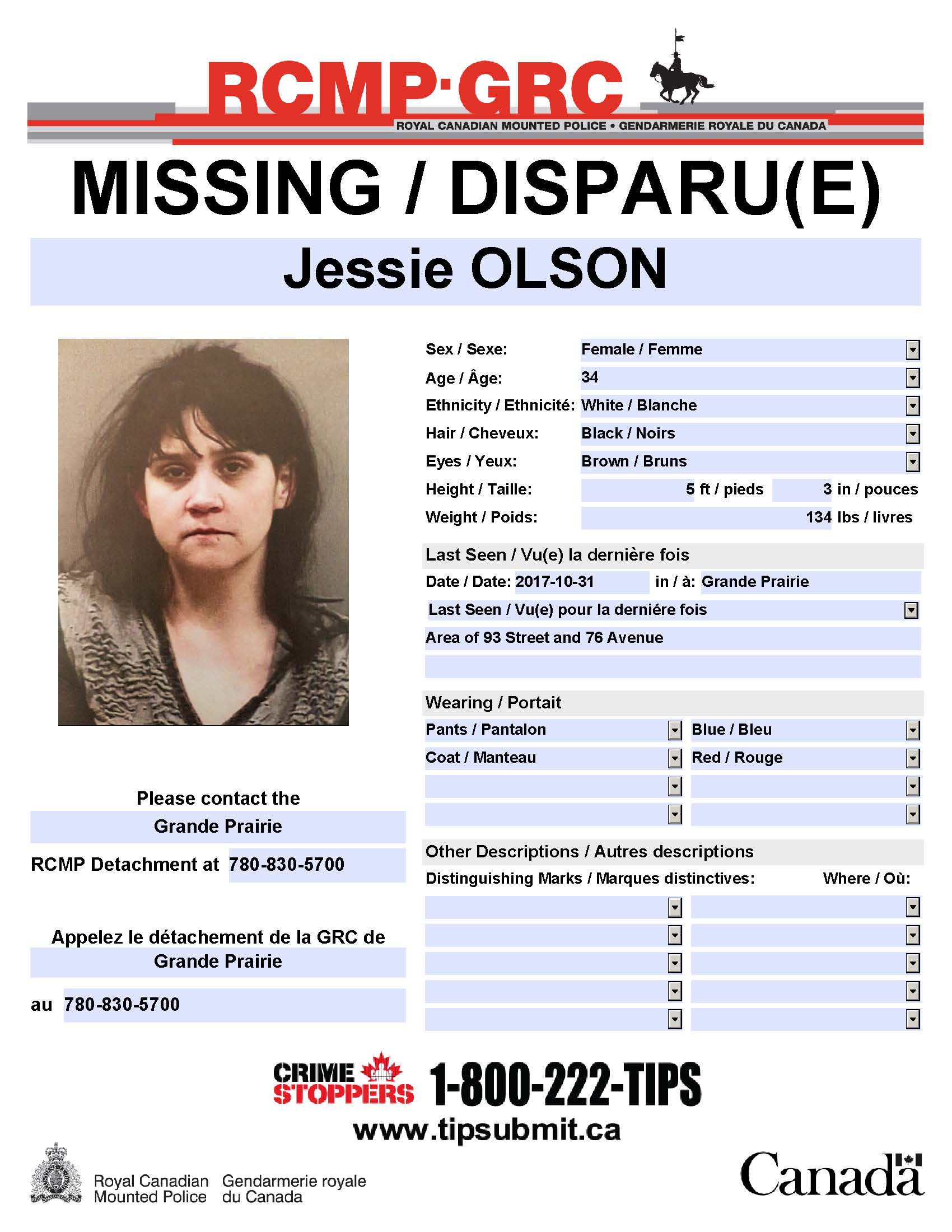 Grande Prairie RCMP have reached out to the public for help finding a missing woman. 34 year old Jessie Olson was last seen in the area of 93 Street and 76 Avenue on October 31st.

Olson is described as Caucasian with black hair and brown eyes. She was wearing blue pants and a red coat.

There’s concern for her wellbeing and police ask anyone with information on her whereabouts to come forward to the detachment or Crime Stoppers.