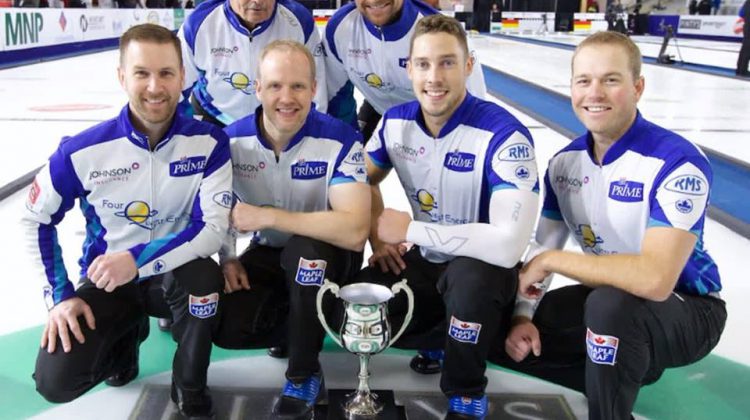 While Team Gushue is celebrating its second straight Grand Slam of Curling victory, lead Geoff Walker of Beaverlodge says their eyes are on the big prize: the Roar of the Rings.

“That’s a month away and that’s the one we’ve been playing for the last bunch of years to, first off, get into that and then now try to hopefully be at our best for it.”

Gushue took the Masters Sunday with an 8-4 win over Niklas Edin in Lloydminster. The St. John’s-based team also went undefeated in the tournament, making their record on the Grand Slam circuit so far this season 14-0. They didn’t have a loss in their Tour Challenge victory in September either.

Walker credits much of their success so far on momentum carrying over from last season when the rink won their first Brier and the World Championships. He adds that they’re playing really well, especially in playoff action, but they need to be more consistent.

“There’s still times in some of the round-robin games that we’re not playing our best, or at least not all four of us are playing our best in certain games. One shot missed in an end, when it comes down to the trials, can really, really turn an end around, and turn the game around.”

Gushue is seen by many as the favourite going into the Olympic trials, which run from December 2nd to December 10th in Ottawa. However, Walker says they’re not taking it for granted.

“They’re all great teams that can beat anybody on any given day, so you just want to make sure that you put everything into every game… Luckily, we feel with the Brier last year in St. John’s, we had a lot of pressure for us, so we feel we’ve been tested in that environment and we’ve just got to hopefully get to that point again.”

Tom Sallows of Grande Prairie joined the group for the Masters and will be with them at the trials. The only event between now and then is the National Grand Slam of Curling in Sault Ste. Marie from November 14th to 19th.