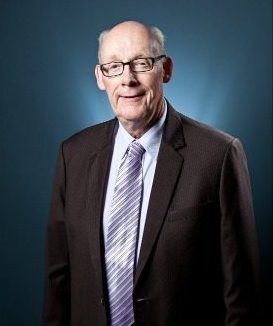 After a decade on Grande Prairie city council Lorne Radbourne didn’t run for re-election in 2017. He, along with two other longtime councillors Helen Rice and Dwight Logan, wrapped up their time on council in September.

During his career Radbourne says he witnessed plenty of growth and and a lot of road projects.

“68th Avenue and 92nd Street were big projects for us. 43X, the road that will bypass Grande Prairie, a lot of advocacy was needed.”

Before his time on council, Radbourne was the Grande Prairie Public School Division’s superintendent from 1995 to 2006. He says that helped prepare him for the decorum, governance standards and practices at city hall. He adds one of the first things he had to do was figure out his role on the team with a lot to learn.

“The city is a huge operation with many facets to it, services and facilities, etc., so just learning what the city does and how it’s done and the cost of things was a big learning curve for me.”

Radbourne says he enjoyed dealing with the people of Grande Prairie in his role as a councillor, which is something he hopes the new council doesn’t shy away from even if they are critical.

“I think Grande Prairie’s greatest asset is our people. They volunteer, they [get] things done, they continue our culture in The Peace of a can-do attitude and they work together. We have a number of organizations throughout our city that do so, so much good work.”

He plans to travel and continue his charitable involvement in his retirement. He is off to Guatamala in February with a Rotary program that will deliver reading materials to students and teachers. The,n he says he’ll “figure out this retirement thing.”