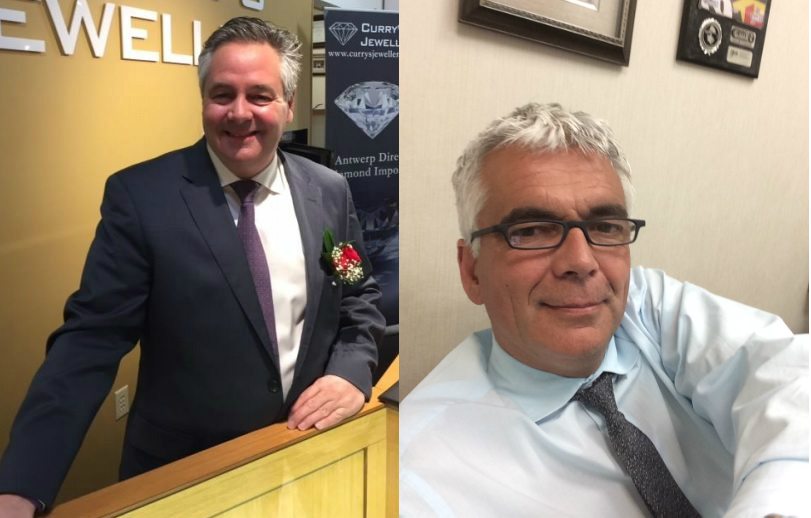 The two have been in business together at Curry’s Jewelers for the past 10 years. They believe they’ve found the right mix of teamwork and friendly competition.

“That’s a very difficult thing for a lot of families, but when you learn the rules and you can work together, it’s fantastic,” says Michael.

“I think our mother and father brought us up well and taught us to give back to our community and I think that’s what we’re doing,” adds Andre.

Michael has been on the Grande Prairie and District Catholic Schools board for the past seven years, and is passionate about Catholic education. He feels it is constantly under attack by the Public School Board association of Alberta, and wants to fight the notion it should be a program of choice.

He also believes that competition between Catholic and public school districts is healthy, and beneficial to both staff and students.

After being a local businessman for the past 30 years, Andre felt that this was the right time to run for the public board. He says he’s excited to get to work with the rest of the trustees.

“I really have to sit down with everyone on the board and look at where our problems are and where we can expand on helping our students and our teachers.”

Ouellette will be joined on the public board by John Lehners, Paulette Kurylo, Lynn Driedger, Rob Martin, Joan Nellis, and Lesley Craig. All results are still unofficial.