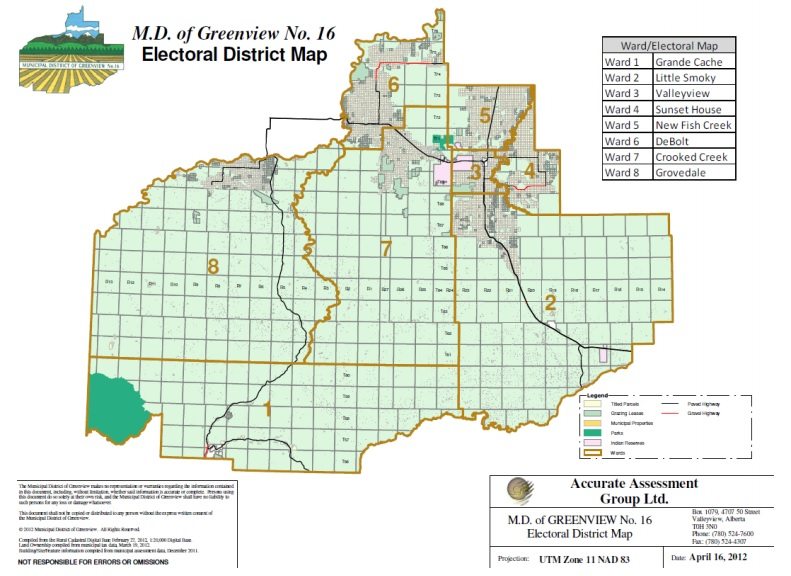 Two MD of Greenview councillors will not be returning this year. Ward 1 councillor George Delorme and Ward 4 councillor David Hay lost out in the municipal election to newcomers.

Winston Delorme is the councillor-elect in the Grande Cache area, having gotten 77 per cent of the unofficial vote. Shawn Acton will represent Sunset House and Sweathouse, with 63 per cent of the vote.

Otherwise, all other council positions have been filled by incumbent councillors. Dale Gervais was elected in Little Smoky, Leslie Urness won in Valleyview, Tom Burton took DeBolt Puskwaskau, Roxie Rutt was the winner in Crooked Creek, and Bill Smith will sit on council from Grovedale. Ward 5 councillor Dale Smith of New Fish Creek was acclaimed.

Council will officially be sworn in on October 24th, which is also when a reeve will be selected. The incumbent reeve is Dale Gervais.