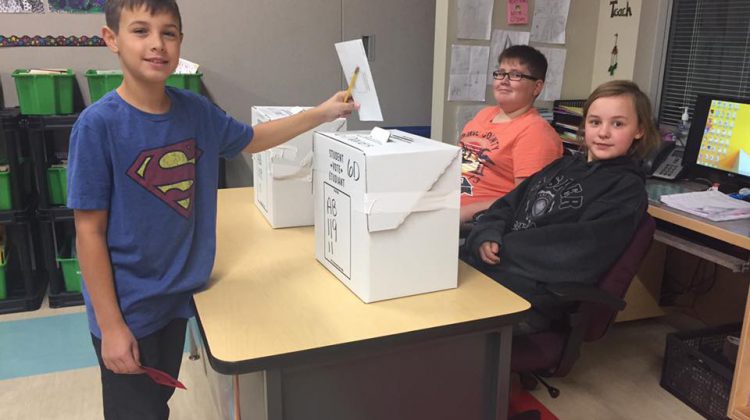 If students in Grande Prairie had their way, all five incumbents would be re-elected to city council, along with four newcomers. Grade 6 students from 22 schools in the city heard from the candidates at a forum earlier this month, and then cast their ballots in a mock election.

In the City of Grande Prairie, Bill Given received the most votes for mayor, with 1,165. His opponents were Dick Baillie with 520, Theodore Nikiforuk with 99, and Rony Rajput with 27.

In the County of Grande Prairie, a total of five schools took part in voting for candidates from four of the seven divisions up for election. Their votes went to Daryl Beeston in Division 2, Ross Sutherland in Division 4, Bob Marshall in Division 5, and Corey Beck in Division 9.