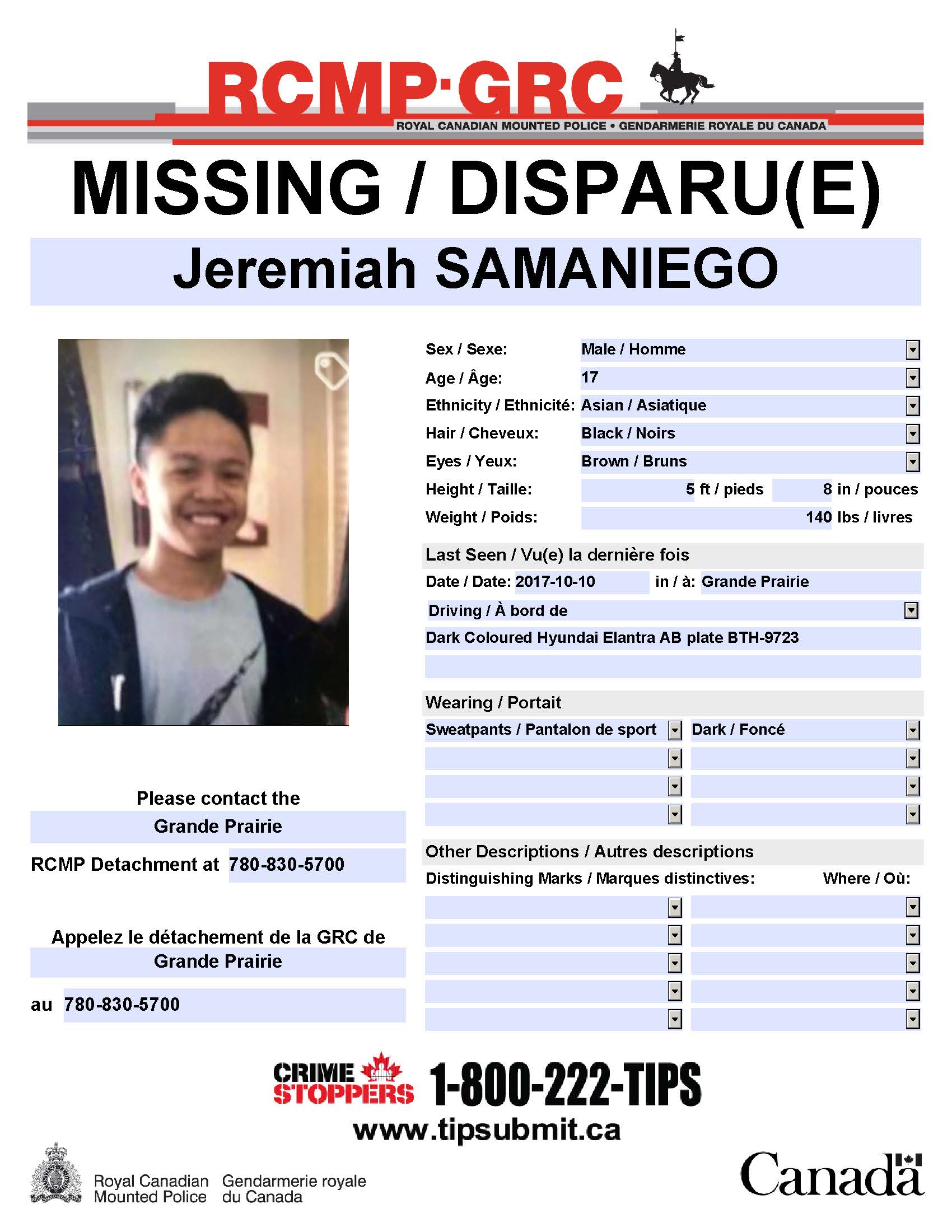 Grande Prairie RCMP are looking for a missing teen. 17 year old Jeremiah Samaniego was reported missing on October 12th, and was last seen at the Composite High School on October 10th.

Jeremiah is described as Asian, 5’8 and 140 pounds with black hair and brown eyes. He was wearing black sweat pants at the time of his disappearance.

Police say it’s believed the teen is driving a dark coloured Hyundai Elantra with the Alberta licence plate BTH 9273. Anyone with information on his whereabouts is asked to contact the detachment or Crime Stoppers.