Valleyview mourns “one in a million” shooting victim Jessica Klymchuk 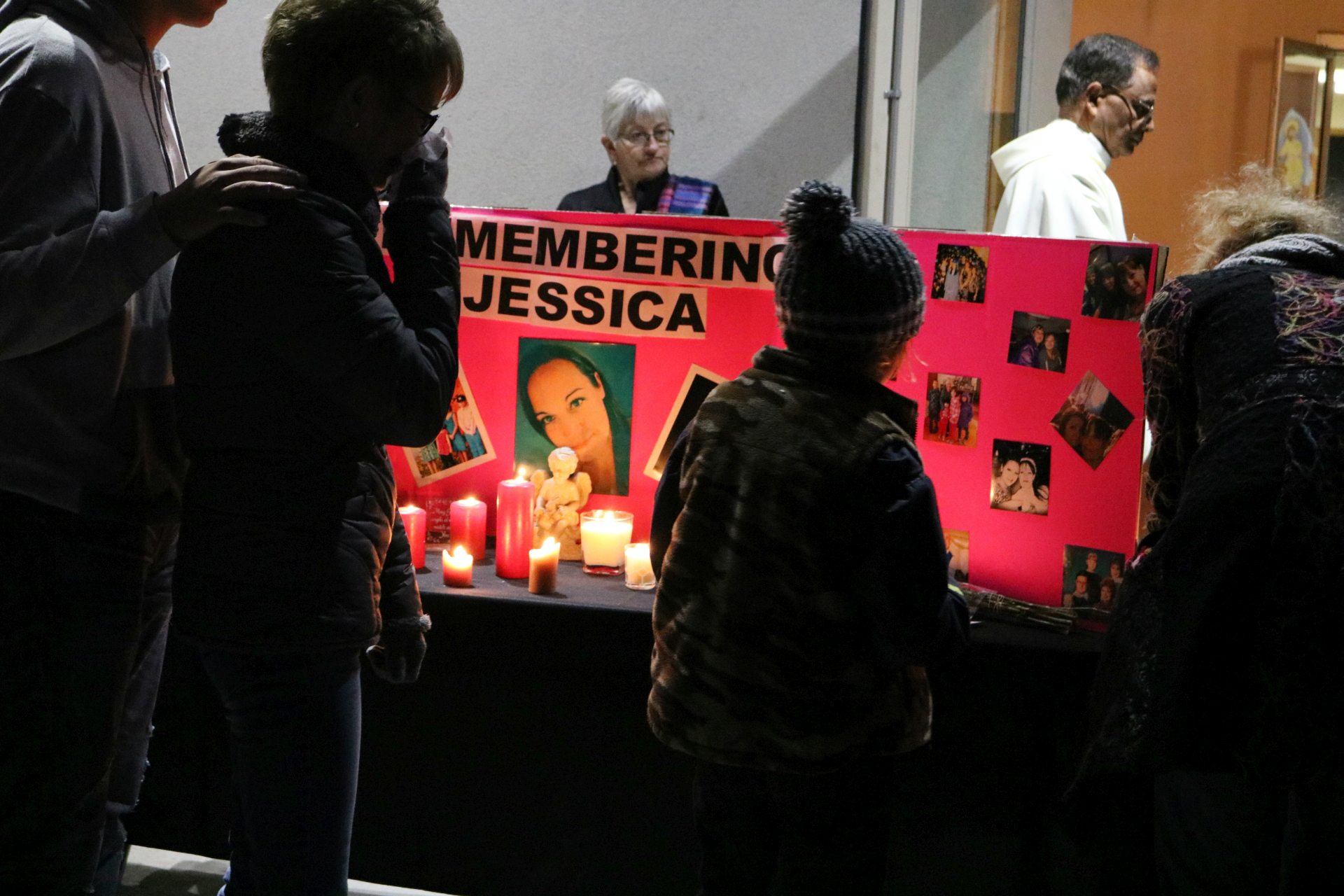 Hundreds of family, friends, and community members gathered outside St. Rita’s Catholic Church in Valleyview Tuesday night for a candlelight vigil in honour of Jessica Klymchuk. The 34* year old mother of four was one of the victims of Sunday night’s mass shooting in Las Vegas.

Klymchuk was an avid country music fan and was in Vegas for the Route 91 Harvest festival with her fiancé. At the vigil, her friend Kristen Pacquette said she would have done anything for anyone at the drop of a hat.

“She was one in a million,” added another friend Christine Ikonikov.

Making up much of the crowd were youth who attend St. Stephen’s School. Klymchuk worked there as an educational assistant, librarian and school bus driver, and had been with the Holy Family Catholic Regional Division for the past four years.

“All of the kids loved her,” says Pacquette. That library is never going to be the same. She dedicated so much of her time to her kids’s sports: hockey, skating, baseball; that woman was always on the go.”

The school division issued a release Monday saying they were shocked and saddened by the loss. Superintendent Betty Turpin added the school division will have crisis supports in place for as long as they are needed.

A crowdfund page for Klymchuk’s family has reached more than $30,000.