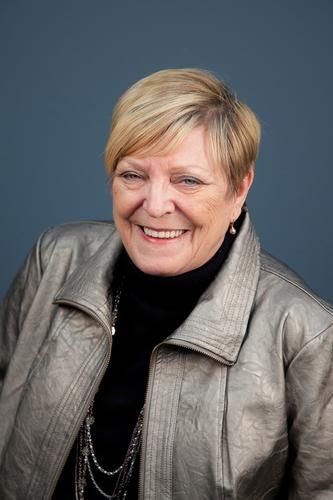 If you told Helen Rice a few decades ago she’d one day have a public place named after her, she wouldn’t have believed it. However, that’s becoming a reality for the veteran city councillor, after a motion to name the Revolution Place plaza the “H. A. Rice Plaza” was approved at Monday’s council meeting.

Rice is retiring this fall after 38 years on city council. She says she’s honoured by the naming, and has been overwhelmed by the public support for it. She adds she’s happy to be connected to the former Canada Games Arena.

“I believe that there’s a lot of potential to it. We’re seeing a new management direction, so my pride in that grows even stronger. To have that one come was really a surprise and I’m very humbled and very proud.”

However, Rice jokes the choice of location is somewhat ironic, as she says she’s made 14 motions to expand the area in her time on city council. None of them passed.

In addition to her nearly 40 years of service on council, Rice has been the manager of the Downtown Association of Grande Prairie since 1999, and formerly managed the Towne Centre Mall. Moving forward, she hopes to see the work of more residents honoured.

“We’ve been lax over the years in not recognizing the tremendous firsts of this community. Not many people realize Tish Saunders was the first female city clerk in Alberta, so what a huge step forward that was for the then-city manager to say, ‘yes, I’m appointing Tish as city clerk.'”

Rice also points to Carol-Lee Eckhardt introducing a cultural component for the 1995 Canada Winter Games, a first for the event and a tradition that continues to this day, and then-mayor Dwight Logan for helping to bring recycling to the region. The naming of 100 parks after 100 citizens was something the councillor fought for as a way to recognize contributions.

“They were just average people… but that’s who made this community.”

A plaque with Rice’s biography will be unveiled on November 18th, along with the lighting of a 27 foot Christmas tree at the plaza, bought by the City of Grande Prairie and the Downtown Association. Other spaces in Grande Prairie named after residents include the Ernie Radbourne Pavilion, the Oscar Blais memorial clock downtown, and the Elmer Borstad lookout in Muskoseepi Park.