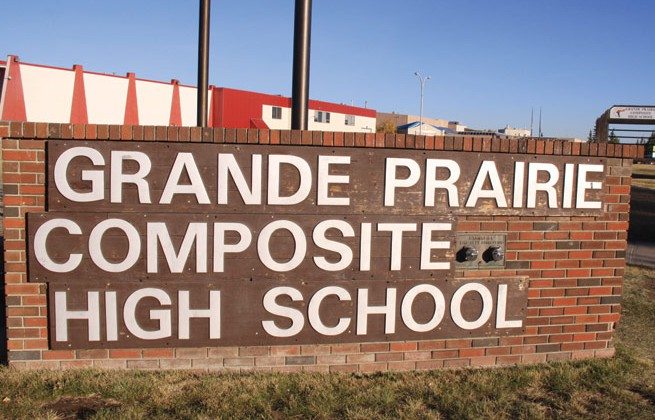 The Grande Prairie Public School District officially has land for the replacement of the Composite High School. The City of Grande Prairie has approved switching a piece of its land in Royal Oaks with the province for the piece west of the current school.

The site for the replacement is comprised of three parcels of vacant land, two of which are owned by the school district and the third by Alberta Infrastructure. GPPSD Superintendent Sandy McDonald credits the city with advocating on their behalf, as school reserves are allocated by municipalities to the school districts.

“That third piece of land we really need to build a school with the capacity to hold 1,600 students at opening. We were really the facilitators for a little bit working between the City of Grande Prairie and Alberta Infrastructure to find another suitable piece of municipal reserve land that has been designated as that use.”

The exchange will be a straight swap with no money changing hands, and the province will own the Royal Oaks land. The Avondale land then goes to the school district.

Now that they have their place to build complete, McDonald says they’re ready to start the design phase. He expects the successful bidder on that project will be announced shortly.

If all goes as planned, they should be accepting proposals for construction in the late fall.

McDonald says it’s a special experience for staff and students to be involved in a new build from the beginning. He adds the project could be the largest school project in the province over the next few years.

“The opportunity to be involved in something like that and to be designing a school that will be standing 50 years from now is pretty exciting. This year’s current grade nines will be the first graduating class of the new school, so it’s a pretty exciting opportunity for them to see this and watch this process unfold over the next few years.”

With the ball rolling on the Comp, it’s already time to look at more future growth. With each taking three years to design and build, projects should be identified two years before that, so in a few weeks they’ll be making some five year projections.